Who Is Tyler Labine? Wife, Net Worth, Instagram, & Weight Loss 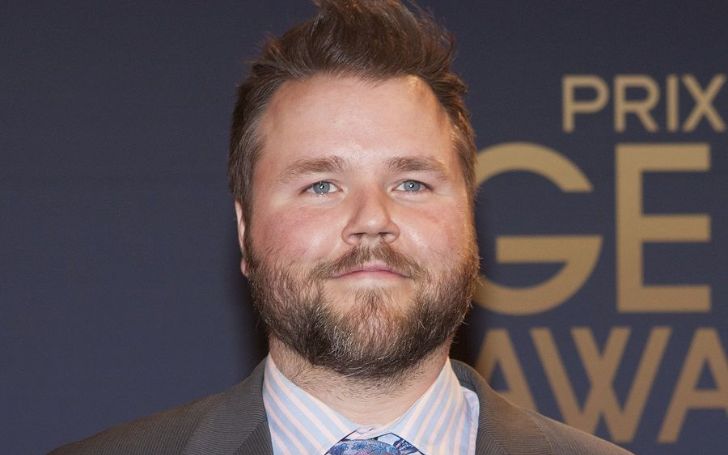 Tyler Labine is a Canadian actor, voice actor, and producer best known for Rise of the Planet of the Apes, Flyboys, and Tucker and Dale vs Evil.

Tyler Labine was born as Tyler Sean Labine on April 29, 1978, in Brampton, Ontario, Canada, under the birth sign of Taurus. He grew up in Maple Ridge, British Columbia.

He has two siblings, both actors, Kyle Labine and Cameron Labine. Not much is known about his parents and educational qualifications.

Tyler Labine is a married man. He walked down the aisle with the love of his life, Carrie Ruscheinsky on June 2, 2007. His wife is also an actor, who has over 24 acting credits under her name. With her, he has welcomed three kids.

Tyler Labine has earned an estimated net worth of around $2 million as of 2021. He earned his fortune from his career in the entertainment industry.

Labine has a total of 101 acting credits under his name. He started his career with his appearance as Aaron Wineberg in Street Legal in 1991. He then appeared in Road to Avonlea in 1992. In 1997, he got his first breakthrough role as Jimmy Mortimor Farrell in YTV series, Breaker High.

In 1996, he appeared as Mark in the TV movie, Sabrina the Teenage Witch. Similarly, in 2000, he was seen as Ray in the movie, Marine Life. Some of his movies and TV series include That Was Then, Aurora Borealis, Invasion, Boston Legal, Reaper, Sons of Tucson, Mad Love, Animal Practice, Deadbeat, StartUp, New Amsterdam, among others.

In 2000, he got his first role as a voice actor in the Canadian animated TV series, Action Man. He voiced the character of Brandon Caine. He also voiced the Greek Council VP in Monsters University in 2013. In 2017, he was behind the voice of Hunk in Voltron Legendary Defender Motion Comic. From 2016 to 2018, he had done a total of 72 episodes for Voltron: Legendary Defender.

How Old is Tyler Labine?

What is Tyler Labine’s Net Worth?

He is married to his wife, Carrie Ruscheinsky. He has three kids with her.