Who Is Tricia Helfer? Know About Her Bio, Career, Earning, Personal Life 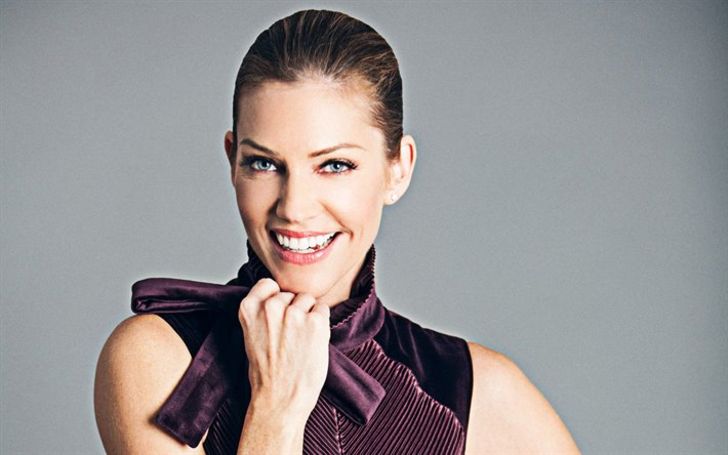 Tricia Janine Helfer, 46, is a Canadian actress best known for playing the Cylon model Number Six in Battlestar Galactica series. She is also known for Lucifer, StarCraft, Bombshell, Two and a Half Men, Van Helsing, and others.

Where Was Tricia Helfer Born In?

Tricia Janine Helfer was born on 11th April 1974 in Donalda, Alberta, Canada to Elaine Helfer and Dennis Helfer. She is a Canadian as per her nationality and has mixed (German, English, Norwegian, and Swedish) descent.

She grew up alongside her siblings Trena, Tammy, and Tara. Besides this, information regarding her education is not revealed.

According to Celebrity Net Worth, Tricia reportedly owns a net worth of $10 million as of mid-2020. Her primary source of income is her successful career as an actress.

Helfer was discovered by a modeling agency scout at the age of 17 while she was standing in a movie theatre line.

She then began her modeling career and also won the Ford Models’ Supermmodel of the World contest. Helfer eventually appeared in ad campaigns for Ralph Lauren, Versace, Chanel, and Armani.

In 2002, Tricia moved to Los Angeles to begin her acting career. She made her acting debut as Sarah on the television series titled Jeremiah.

Likewise, Helfer made her breakthrough as Number Six model in the American military sci-fi tv series Battlestar Galactica in 2003.

She then starred in numerous films and TV shows like Warehouse 13, Human Target, Mass Effect 2, Heart of the Swarm, StarCraft II: Wings of Liberty, The Black Keys’, 17th Precinct, and many more.

In 2016, she joined the cast of the Fox series Lucifer as the vessel of the titular character’s mother. Recently in 2019, she starred in SyFy series Van Helsing, Creepshow, and S.W.A.T.

The 46-year-old actress is reportedly single as of 2020. However, she was previously married to a lawyer named Jonathan Marshall.

The couple exchanged their wedding vows on 18th October 2003. Unfortunately, the couple separated in 2017 and filed for the divorce in January 2018. Moreover, the divorce was officially finalized on 1st May 2019.