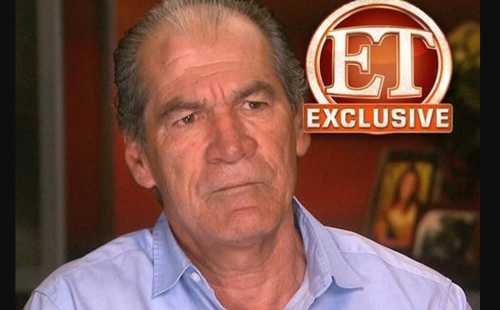 Rogelio Baena is the ex-husband of Mildred Patricia, the former housekeeper of the famous actor and bodybuilder Arnold Schwarzenegger who is infamous for her illegitimate affair with the 7-time Mr. Olympia.

Rogelio, a businessman by profession, was also reported to be the father of a son with Mildred, however, his former spouse later revealed that it was Arnold’s child.

When did he divorce Mildred Patricia? Where is he now? Let’s go through the article to know about his married life with Mildred, his divorce, and life after that.

He was born in the 1950s in the United States and is around 70 years old. He holds Colombian nationality and is of Colombian descent.

Likewise, his former wife Mildred was born in 1961 in the United States. She comes from Guatemalan ancestry.

Unfortunately, there is no information about his early life, parents, or siblings. He must have attended college and might have a degree in business.

Rogelio Baena and Mildred Patricia met each other in the mid-1980s and reportedly got married in around 1987.

Mildred is a housekeeper who even worked at Arnold Schwarzenegger’s Brentwood mansion for more than 20 years since the 1990s.

While working as a maid of the 7-time Mr. Olympia, they developed a romantic feeling and started having a secret affair. During that time, Schwarzenegger was married to Maria Shiver.

She became pregnant and welcomed a son Joseph Baena on October 2, 1997. Initially, Rogelio was named the father of the child on the birth certificate.

Rogelio knew about his wife’s affair with the actor soon after the birth of the child and separated from her in October 1997.

The child started looking more like Arnold as he grew older.

Schwarzenegger’s then-wife Maria Shiver became suspicious and confronted Mildred Patricia asking about the matter. Mildred told the truth about her affair with the megastar and revealed that he was Joseph’s real father.

Rogelio Baena and Mildred Patricia filed for divorce after 10 years in 2008. Their divorce was finalized after four years in 2012.

Mildred was granted a divorce on a default judgment on January 2012.

She currently resides with her children in Bakersfield, California, and is reportedly dating her boyfriend, Alex Aguia.

His Ex-Wife was Married Previously

Rogelio is the second husband of Mildred Patricia Baena. Earlier, she was married to Colombian citizen Humberto Rozo with whom she shares two children.

Her two children from her first marriage are Jerry Rozo and Jacqueline ‘Jackie’ Rozo. Her daughter Jackie Rozo was born in 1984.

She filed for divorce from Rozo on April 23, 1985, which was finalized in October.

In 2011, a source claimed that Rogelio Baena had planned to sue his wife’s ex-lover. He alleged the former governor of falsifying the birth certificate of the couple’s love child.

According to lawyers who have spoken with him, if Schwarzenegger and Mildred Baena knew this wasn’t the case, they conspired to fabricate a public record, which is a significant offense in California.

Read Next: Jeff Tarpley- Sherri Shepherd’s Ex-Husband: Where is he now?