Who is Peter Nottoli? Unknown Facts of Crystal Reed’s Ex-husband 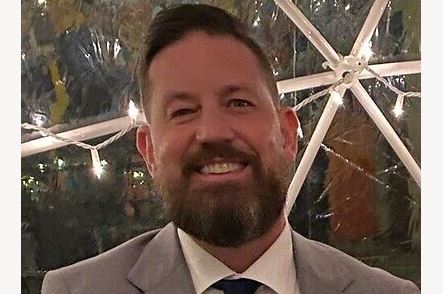 Peter Nottoli is an American citizen who is popular as the former husband of Teen Wolf actress Crystal Reed. Nottoli currently works as a General Manager at Heartland RV.

Peter was a common name until he met Crystal. They were married for some years and parted ways. Why did they divorce? What is Peter involved in?

Nottoli was born in 1979 in Constantine, Michigan and is an American citizen and belongs to the Caucasian ethnicity.

His parents are Michael and Donna Nottoli. His mother worked as a CHAA at Sturgis Hospital Pre Access/Central Scheduling. He has four siblings.

Nottoli attended Constantine High School and later enrolled at Central Michigan University. He graduated with a Bachelor of Science degree in Business Administration and Management Information Systems in 2001.

He also played football, wrestling, & soccer in his college.

Peter’s four siblings are three brothers Carl, Robert, and Paul and a sister named Betsy Nottoli. His brother Paul, who studied at Palmer College of Chiropractic, is a doctor and has founded Vitality Soft Tissue & Spine.

His other brother Carl is a clinic director and owns Functional Pain Relief. Besides, there is no information about his third brother and only sister.

Peter and his wife Crystal tied the wedding knot in 2008. They tied the knot in a private ceremony and there is no information on how the couple met.

After the marriage, the couple lived a very private life and did not appear much in the media. However, the marriage lasted for less than four years.

Why did Peter and Crystal Divorce?

The divorce was finalized in 2012.

However, the couple never revealed the reason behind their separation. Some sources claimed that this divorce was in mutual agreement. The couple doesn’t share any children from the marriage.

Peter is living a single life since his divorce. He hasn’t found the right partner even after 10 years of splitting from his ex-wife.

On the other hand, his former wife Reed started dating Daniel Sharman in 2012 soon after their divorce.

They later split after a year in 2013. She is currently in a relationship with her boyfriend Darren McMullen.

What is Peter Nottoli involved in?

Nottoli is a general manager and also serves as a product manager at Heartland RV since 2019. Prior, he worked as a regional sales manager at Cruiser RV for four years until 2018.

Before that, Peter was a regional sales manager at Dutchmen Manufacturing and has also worked at Mindray Medical as a Midwest account manager.

In addition, he held the position of Senior Outside Sales Rep at MORGAN HEALTHCARE SERVICES from 2007 to 2011.

He started his career with Enterprise Rent-A-CarEnterprise as an assistant manager and also worked at CONVURGE CONSULTING, LLC and EAT WELL DRINK BETTER, INC as a sales consultant and general manager respectively.

Nottoli has served in various positions in different companies to date. He must have earned quite good money in his career.

He now works as a general manager and product manager at Heartland RV where his expected salary is in 6-digit figures.

Meanwhile, his former wife’s net worth is $3 million.