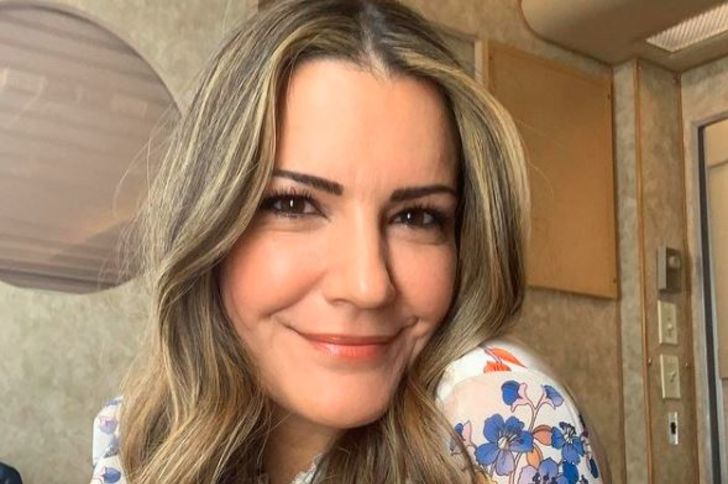 Natalia Cigliuti is an Uruguayan-American actress whose acting prominence as Lindsay Warner in Saved by the Bell: The New Class (1993-1999). Similarly, she is also popular for her roles in Raising the Bar, The Glades, Deputy, and All My Children.

Until Cigliuti’s family moved to New York, she spent her early life in the small South American country of Uruguay. However, the details of her parents and siblings are yet missing.

Started Professional Journey At the Age Of 14

At the young age of 14, Natalia was discovered at a fashion show by a local talent agency. The following year, she earned the main role of Lindsay Warner on the TV series Saved by the Bell: The New Class.

Along with that work, Natalia Cigliuti started tasting fame in the entertainment industry. She then acted in numerous TV shows such as Pacific Palisades, Beverly Hills 90210, Odd Man out, The Random Years, CSI, All My Children, and Raising the Bar.

Natalia’s other notable acting credits include movies and TV shows like Simon Sez, Held Up, Kill Speed, Joe Dirt 2: Beautiful Loser, Traded, Drunk Parents, Odd Man Out, G.I. Joe: Renegades and This Is Us, and Deputy. Also, she is a part of video games Mass Effect 2 and Dragon Age: Origins – Awakening.

Professional since 1993, Natalia Cigliuti has an estimated net worth of $2 million as of 2020. She earns hundreds of thousands of dollars from her roles in films and series.

5 feet 6-inch tall Natalia is both a married and divorced woman. Previously, she tied a knot with Rob Rizzo on July 24, 2004.

The next year, the couple welcomed their only child, son Kaden Robert Rizzo on July 2, 2005. Later, in 2013, the pair divorced.

Currently, Cigliuti is married to actor Matt Passmore. The duo exchanged wedding vows on January 3, 2016. At the moment, the actress is living a blissful life with her spouse in New York.

Is She Active On Social Media?

As of December 2020, The Glades actress Natalia is available on Facebook with 4,128 followers and 2,521 followers on Twitter.

Similarly, Cigliuti is active on Instagram with 5,645 followers. In order to stay up-to-date with her professional and personal life, you can follow her at @natalia_cigliuti.

One thought on “Who Is Natalia Cigliuti? Age, Net Worth, Husband, Child, Movies, TV Shows”