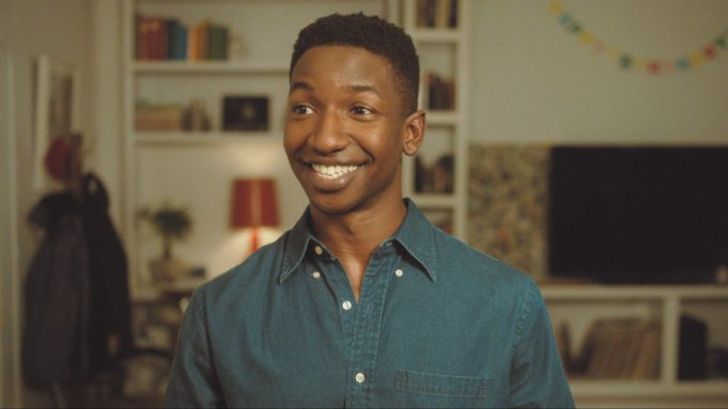 Mamoudou Athie is a Mauritanian-American actor famous as Grandmaster Flash in the Netflix series The Get Down. Likewise, he is popular for his roles in The Circle, Oh Jerome, No, and Underwater.

When And Where Was Mamoudou Athie Born?

When Athie was 6 months old, his father is a diplomat who received political asylum in the United States. However, the identity of his parents is yet not available.

Mamoudou holds dual nationality, Mauritanian-American nationalities while his ethnicity is Afro-American. He spent his childhood days in New Carrollton, Maryland.

Talking about Mauritanian-American actor’s education, he studied acting at the William Esper Studio in the Two-Year Professional Actor Training Program. Likewise, he also attended the Yale School of Drama.

In 2015, Mamoudou Athie started his professional journey playing a crying man in the film Experimenter. The same year, he appeared in an episode titled “The Ninth Circle” on the TV series Madam Secretary.

After that, 32 years old Athie acted in Jean of the Joneses, Me & Mean Margaret, and Patti Cake$. Eventually, he earned the limelight for playing the role of Grandmaster Flash in the musical drama TV series The Get Down (2016–2017) starring Justice Smith, Shameik Moore, Skylan Brooks, and Jimmy Smits.

Additionally, Mamoudou Athie’s other notable acting credits include movies and TV shows as One Percent More Humid, The Circle, Unicorn Store, Watch Room, The Detour, Sorry for Your Loss, Cake, and Oh Jerome, No. Currently, in 2020 he featured in 3 films: Underwater, Uncorked, and Black Box.

The Circle actor has altogether 19 acting credits under his name. Professional since 2015, Mamoudou Athie has gathered an estimated net worth of $500,000 as per some online sites.

Is Mamoudou Athie Dating Anyone?

When it comes to his personal life, The Get Down actor Athie has tightly sealed his lips. He prefers living a low key life.

Mamoudou has never disclosed any kind of information regarding his relationship including his girlfriend or wife. It is very difficult to find whether he is single, dating, or married to anyone. He is not active on any social media.

One thought on “Who Is Mamoudou Athie? Parents, Wife, Net Worth, Movies, TV Shows, & Instagram”