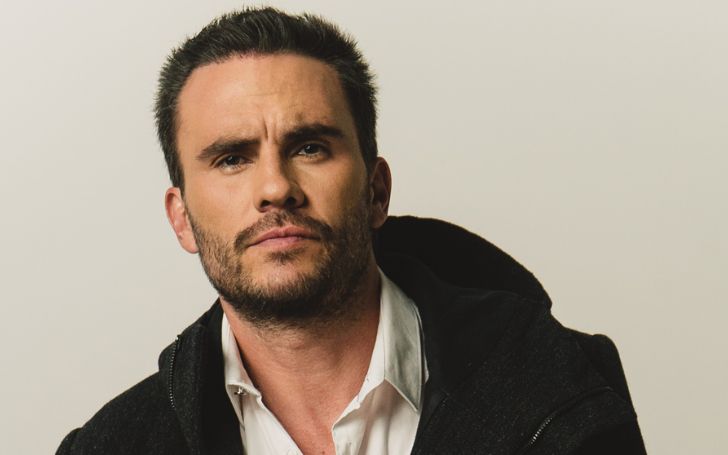 Juan Pablo Raba is a Colombian actor as well as a model who got international fame after he portrayed the character of Gustavo Gaviria in the 2015 Netflix series, Narcos. Also he is very famous for his work in the Viva la Pepa as Luis Ángel Perdomo,  La Reina de Queens as Andres Velasquez, and Mi gorda bella as Orestes.

Juan Pablo Raba was born on January 14, 1977, in Bogotá, Colombia under the birth sign Capricorn. He is the son of Ricardo Raba(Argentine businessman) and María Eugenia Vidal(art restorer and writer).

His parents separated when he was still a child and following this, he moved to Spain with his father where he spent most of his childhood days. As a youth, he did several jobs such as bartending, waiter, managing a club, and disc jockeying.

Juan received his baccalaureate degree from a Spanish college and following this, he studied advertising. Well, it was not what he wanted to study and so he dropped out of college just a year after. He then went to his father’s native country.

Who Is Juan Pablo Raba Married To? Know His Marriage, Divorce, Affairs

The 43 years old Juan Pablo Raba is married to news anchor and model Mónica Fonseca. They shared the wedding vows on August 8, 2011, in a private ceremony held in Miami, Florida, after some months of a dating relationship.

After a year of marriage, they welcomed a son named Joaquín Raba Fonseca on July 19, 2012. In 2018, they have a daughter named Josephine Joie Raba Fonseca. The family of four currently reside in Miami.

Prior to this, he was married to journalist Paula Quinteros on December 6, 2003; however, they separated in the year 2006 and the divorce was finalized in 2007. He also dated Venezuelan soap star Marjorie de Sousa for some months.

How Much Is His Net Worth? Also Career In Brief!!!

The actor who started his career back in 1998 has already spent more than two decades in the Hollywood industry. To this date, he has more than 50 acting credits and still adding on it. From his ongoing career, he has earned a huge amount and as of 2021, his net worth is around $3 million.

He made his debut as an actor in the TV series, Amor en forma as Eduardo. Following year, he was cast in TV Series, Husband, and Wife as Isidrio. His career got huge limelight after he was cast in the series Narcos as Gustavo Gaviria.

Also he is set to appear in The Minuteman and Coyote.