Who Is Jorge Jesus? Salary, Net Worth, Wife, Kids & Achivement 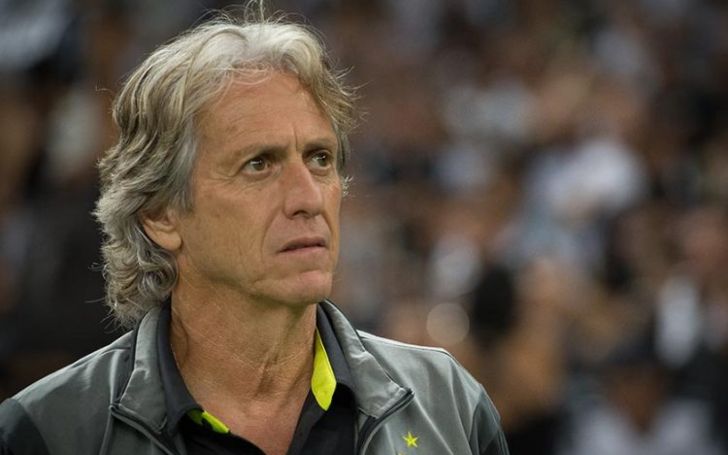 Jorge Jesus is a Portuguese professional football manager. He is the former manager of Portuguese club, Benfica.

What is Jorge Jesus’ Full Name?

Jorge Jesus was born on July 24, 1954, in Amadora, Portugal as Jorge Fernando Pinheiro de Jesus. He was born under the birth sign of Leo. He holds Portuguese nationality and belongs to the Hispanic ethnicity.

Who is Jorge Jesus Married to?

Jorge Jesus is currently married to his second wife, Ivone Jesus. From their marriage, the pair has a son, Mauro Jesus.

Jesus also has two kids from his previous marriage. He has a daughter, Tania Jesus, and a son Goncalo Jesus from his first wife.

The 66 years’ old, Jorge Jesus started his playing career through Sporting in 1975-76. He appeared in 12 matches. After being released from the club, he went on to play for C.F. Os Belenenses, Grupo Desportivo Riopele, Juventude de Evora, Uniao de Leiria, Vitoria de Setubal, and S.C. Farense. Jesus retired from his playing career in 1990 at the age of 36.

Jorge started his managerial career with Amora FC. He joined F.C. Felgueiras in December 1993 until January 1998. Then, he joined Uniao Madeira as its manager and left two years later. He then went on to manage CF Estrela, Vit. Guimaraes, Moreirense, Leiria, and Belenenses.

At the moment, Jorge Jesus is working as the manager of Benfica. He is expected to be in charge until 2022.

Jorge Jesus has won a number of personal and club awards to date. His biggest award to date might be the Knight Commander of the Order of Prince Henry that he received on December 30, 2019.

When he won the Premeira Liga with Benefica for three seasons, he was awarded as the Best Coach. He was also named the Best Portuguese Manager in 2015 and 2016. Recently in 2019, he was awarded the Premio Craque do Brasileirao Best Coach award for his contribution to the league as the head coach of Flamengo.