Where is Alyssa Trask from? What Is Her Relationship Status? 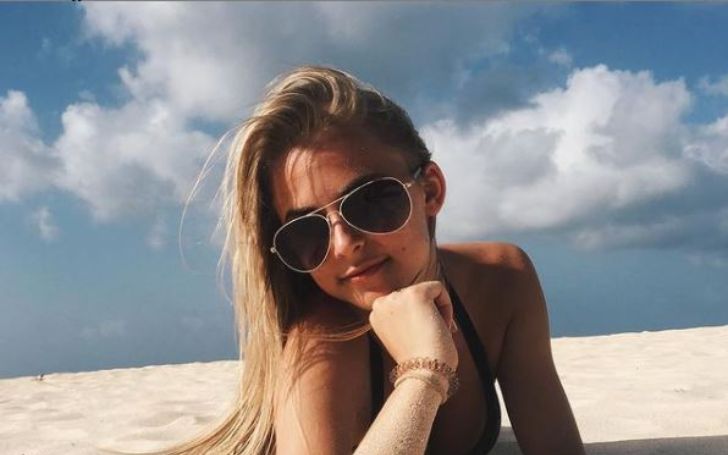 Alyssa Trask is a Canadian actress and dancer who rose to stardom as a reappearing character on the Family’s Channel ‘The Next Step’. She is also well known for her lead role as Carly Catto in the series ‘Back stage’. Alyssa is also one of the talented and amazing dancers, she has taken part in many dance competitions as well.

She was raised with her parents along with her sibling, a sister Avery Trask.

Who Is Alyssa Dating?

Alyssa Trask is enjoying her love life. She is currently dating her long-term boyfriend Austin Fishwick. As per her Instagram post we get to know that, Alyssa and Austin began dating in March 2017, As of 2021 lovebirds have already crossed their 4 years of their intimate affairs.

The couple is also seen in many public places with their romantic poses, they also update their social accounts with their amorous and happiest snaps. The duo seems very happy in each other’s company.

The lovebirds are also not seen in any type of rumors and controversies, which shows the love and care for each other are great. The duo-logy enjoys time with each other. Though the twosome is staying in the love relationship for 2 years, they have not still revealed their marriage date.

It seems both of them are busy making their careers and are struggling hard. So is not engaged in marital relationships too soon. And another thing is she is still young to be someone’s wife and mother.

An energetic Alyssa Trask is an elite dancer with outstanding talent. She trained in multiple dance forms such as hip hop, jazz, ballet, lyrical and contemporary. For the dancing works, Alyssa also travels to many places.

Alyssa has also been featured in many events such as; World of Dance, IIFA Awards, TSO, National Ballet of Canada’s production of ‘The Nutcracker’, and Toronto Raptors Mini Dance pak.

Alyssa Trask enter in the filmy world in 2014 from the family drama ‘An American Girl: Isabelle Dances Into the Spotlight’. That year she also appeared in the episode ‘The Stanley Sick Day’ of season one of ‘The Stanley Dynamic’.

Her acting in the drama ‘The Next Step’ make her more popular in the acting industry and became one of the demanded actors all around Canada and the USA.

In 2016, she began acting in ‘Backstage,’ a drama and performing arts TV series rotating around a group of gifted students, including singers, dancers, at Keaton School of Arts.

One thought on “Where is Alyssa Trask from? What Is Her Relationship Status?”