Who Is Jessica Napier ? Net Worth, Father, Husband, Bio, Daughter 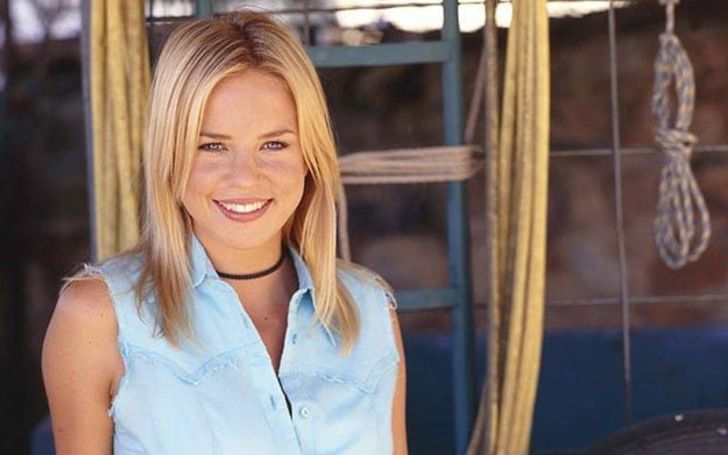 Jessica Napier is a New Zealand born Australian actress who is very famous for her portrayal in the television series McLeod’s Daughters from 2000 to 2003 as  Becky Howard. Also, she is very famous for appearing in the movie Blackrock, Love Serenade, Angst, The Illustrated Family Doctor, Cut, City Loop, among others.

Jessica Napier was born on April 4, 1979, under the birth sign Aries in Wellington, New Zealand. She is the daughter of Marshall Napier who is also an actor-playwright and graphic artist and has a sibling, Reuben Napier.

She holds New Zealand and Australian nationality while her ethnicity is unknown. Talking about her education, she completed her education from Newtown High School of the Performing Arts.

Jessica Napier has an estimated net worth of $1 million as of 2020 from her career as an actress since 1993. To this date, she has more than 41 acting credits in her name. As an actress, she might be receiving her salary at $56000 per annum on average.

She started acting at the age of 9 after she appeared in the Australian television series Police Rescue. After four years, she was cast in the TV series, Echo Point as Edwina Amadio. Since then she has been part of several series such as Water Rats, Murder Call, Stingers, McLeod’s Daughters, The Alice, Chandon Pictures, Rescue: Special Ops, Underbelly Files: Infiltration, Janet King, Bite Club.

Also, she made her debut on the big screen in 1996 after appearing in Love Serenade. Some of her notable movies include Blackrock, Cut, City Loop, Twitch, Jet Set, Stuffed Bunny, The Illustrated Family Doctor, Safety in Numbers, Savages Crossing, The Letter.

She is also set to appear in Moon Rock for Monday and Day of Carnage.

Who Is Jessica Napier Married To?

The 41 years old Jessica Napier is married to David Adler. However, the detail on their wedding and love life is not available and as they have not preferred to officiate it in the public.

Together the couple has shared a daughter, Emily Adler. Since their marriage, the pair is going very strong without any rumors.

She is a vegetarian and supports animal rights foundations. She also supported using the Taronga Zoo in Sydney to accommodate retired circus elephants.