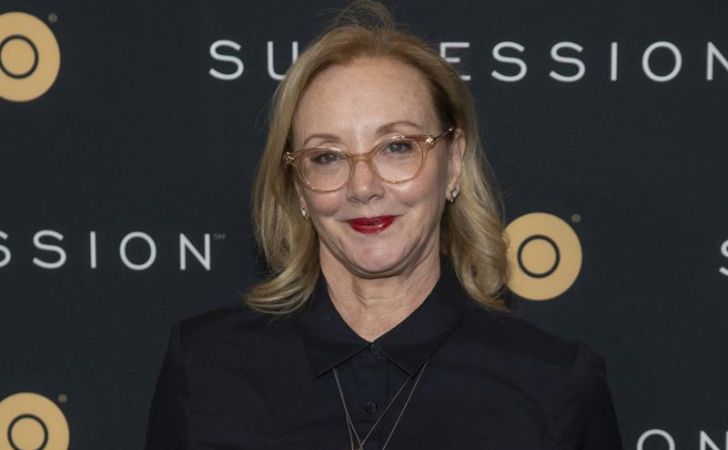 J. Smith-Cameron is an American actress who is best known for her playing as Janet Talbot on SundanceTV’s Rectify and Gerri Kellman on HBO’s satirical comedy-drama television series Succession.

Smith-Cameron is currently 63 years old. She was born on September 7, 1957, in Louisville, Kentucky, USA, to Richard Sharpe Smith, an architect.

Her older sister, Jo Ann Smith, was also an actor before becoming a teacher. J. Smith spent her early years in Greenville, South Carolina and attended Florida State University School of Theatre program in the mid-1970s for a year. She also received acting training at HB Studio in New York City.

What is J. Smith-Cameron’s net worth?

Cameron’s net worth is estimated at $2 million as of 2020. She has been active in the entertainmnet industry since late 70s. Her first role was in Victor Nuñez’s 1979 drama film Gal Young ‘Un.

The 63-year-old then appeared on CBS’s Guiding Light and The Equalizer, before returning to the big screen with the 1987 British-American drama film 84 Charing Cross Road, opposite Anne Bancroft and Anthony Hopkins.

Her notable television and movies credits include The Days and Nights of Molly Dodd, Homicide: Life on the Street, Spin City, Law & Order, Sabrina, Arresting Gena, The Rage: Carrie 2, True Blood, Man on a Ledge, Like Sunday, Like Rain, and Nancy.

From 2013 to 2016, Smith-Cameron played the role of Janet Talbot on SundanceTV television drama series Rectify. Following an episodic role in shows as Madam Secretary and The Good Wife, she had a recurring role as Elaine Campbell on HBO’s Divorce. Moreover, since 2018, J. Smith has been portraying as the general counsel “Gerri Kellman” on HBO’s Succession.

Smith-Cameron has been married to Kenneth Lonergan, an Academy-winning film director, playwright, and screenwriter, since 2000. 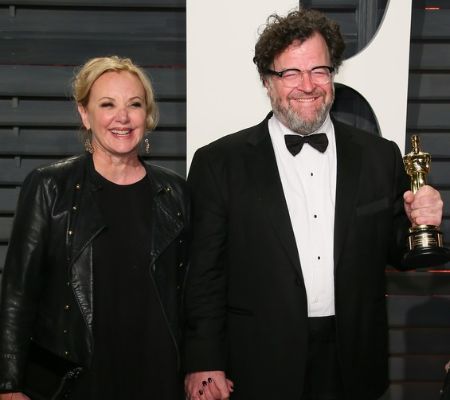 Kenneth and J. Smith have a child together, a daughter Nellie Lonergan. Their daughter, Nellie, is also an actress, who appeared on Lonergan directed movie Manchester by the Sea in 2016.