Who is Gjin Lipa? Facts about Dua Lipa’s Brother 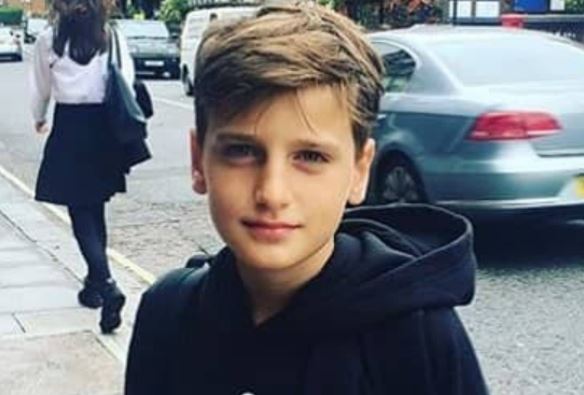 Gjin Lipa is an aspiring music producer and Instagram personality who is recognized as the younger brother of English singer Dua Lipa. Gjin is quite popular on Instagram with more than 200k followers and has mentioned Boat Service in the bio section.

Where is Gjin now? What’s his age? Check the article to know everything about the 16-year-old Instagrammer.

Gjin was born on December 30, 2005, in London, United Kingdom. His parents are Anesa Lipa and Dukagjin Lipa. He has two sisters named Dua Lipa and Rina Lipa who are both older than him.

Gjin Lipa is 16 years old as of 2022. He holds a British nationality and belongs to a mixed ethnic background as his parents are from Pristina and his father was born to Kosovo-Albanian parents.

Dua’s younger brother is still attending high school. There is no further information about him.

His father is Dukagjin is the Founder/CEO of REPUBLIKA Communications Agency, and the Director and President of Sunny Hill Festival. His mother Anesa is also involved in Sunny Hill Foundation.

Details about his Sisters

Gjin gained popularity as the brother of Dua Lipa. He also has another sister named Rina Lipa who is a dancer.

His older sister Dua is an English singer and songwriter known for her album Dua Lipa in 2017 which reached no. 3 on the UK Albums Chart. The album also consisted of a single “New Rules” that became the UK number-one single.

Dua’s single “One Kiss” with Calvin Harris became the year’s longest-running number-one single by a female artist. She has won 3 Grammy Awards and also made three Guinness World Records.

He has mentioned ‘Boat Service’ on his Instagram bio and is often seen on boat trips with his family.

Gjin Lipa Affair and Girlfriend; Who is his sister’s Boyfriend?

The Instagram celebrity is quite popular on Instagram at the age of 16. He has huge followers and most of them are girls. We can also see girls commenting on his Instagram photos with the proposal.

His sister Dua had some affairs, she most recently dated Anwar Hadid from 14 June 2019 to December 2021. Her first boyfriend is known to be English chef Isaac Carew with whom she had an on and off relationship since 2013. They separated in February 2017.

Dua also had an affair with Paul Klein, singer of the American band LANY,  from August 2017 to January 2018.

Gjin is still in high school but has started his career in music production. He is in his learning stage and hasn’t earned so far However, he lives a very lavish life provided by his parents and sister.

His parents own a marketing agency through which they have been earning millions. His parents’ net worth is in the millions. Besides, his sister is a popular singer with a net worth of almost £50 million.