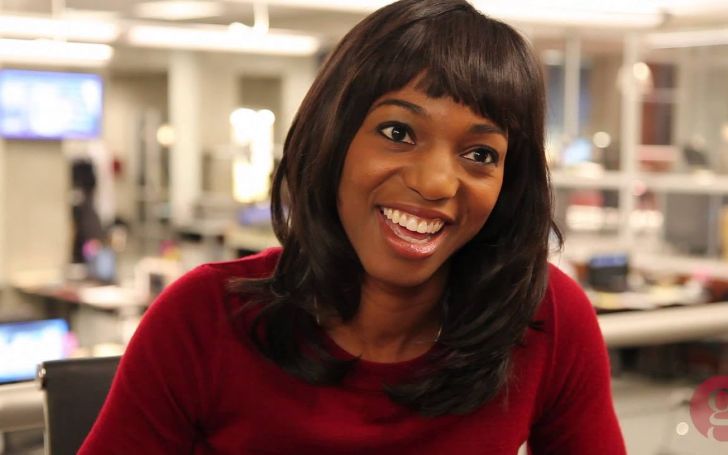 Enuka Vanessa Okuma who is also known as Enuka Okuma is a Canadian actress who is very famous for her portrayal as a detective Traci Nash in the drama series, Rookie Blue which aired from 2010 to 2015. Also, she is known for her work in Sue Thomas: F.B.Eye, Madison, among others.

Enuka Okuma was born on September 20, 1976, in Vancouver, British Columbia, as Enuka Vanessa Okuma. Her birth name means gift from heaven. She is of Canadian nationality and belongs to Nigerian descent, from the Igbo people.

Talking about her education, she joined Simon Fraser University from where she completed her degree in acting. She was interested in acting since her childhood days and later on decided to pursue her career in it.

The 43 years old, Enuka Okuma is a married woman as she has shared the wedding vows with musician Jow Gasparik on July 2, 2011, in Vancouver, British Columbia. They celebrated thier big day in front of thier close ones only.

They first met on the set of Rookie Blue where Enuk was an actress and her now-husband gave music in the series. In the beginning, they became friends, and later on, started dating.

The pair has already celebrated 8 years of togetherness and still shares a very strong bond.

Journey To $1 Million from Acting

The actress who has been involved in the field of acting for more than two decades of her career has collected the net worth of $1 million as of 2020. In Canda, the actor is paid around $21.25 per hour, so she also might be receiving her salary in the same range.

While talking about her career, she started her career back in 1990 after appearing in the first season of television soap opera Hillside as a regular cast. Following this, she has been cast in several movies and series including Madison throughout the 90s.

She co-starred in the American drama series Sue Thomas: F.B.Eye from 2002 to 2005. Some of her other notable TV sereis apperance include Da Vinci’s Inquest, Mobile Suit Gundam Wing, These Arms of Mine, Andromeda, Rookie Blue, Masters of Sex, A Million Little Things, 24.

Also, she has some movie credits which include Double Jeopardy, G-Saviour, Josie and the Pussycats, Suddenly Naked, House of the Dead, Stolen, Battle of the Sexes. Also, she is set to appear in the movie named The Sleepover.