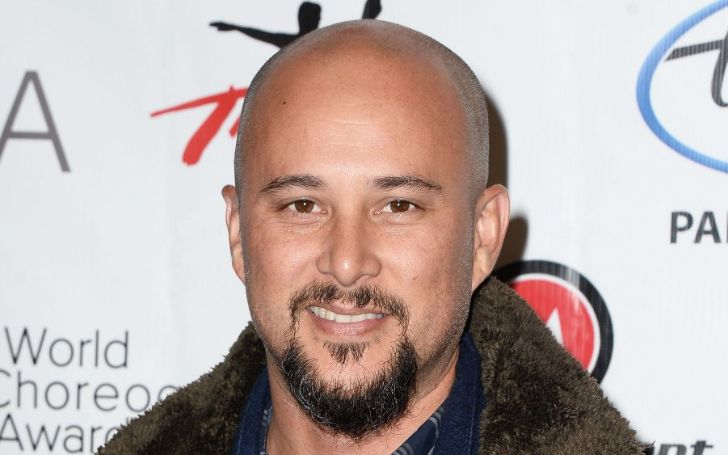 Cris Judd is an American actor and choreographer who has been part of the popular television series Half & Half, Eve and Everybody Loves Raymond. Also, he is known of his brief marriage with his ex-wife Jennifer Lopez.

Cris Judd was born as a Cristan Lee Judd on August 15, 1969 in Abilene, Texas, United States of America under the birth sign Leo. His father name is Larry Judd(military man) while the name of his mother is missing.

He is of American nationality and belongs to mixed ethnicity as his father is Portuguese and his mother, Filipina. AS his father was military he spent his childhood days on Air Force bases in Angeles City in the Philippines and Hawaii.

Later on, his family moved to Florida where he joined Niceville High School. As a child, he was interested in sports and spent a lot of time surfing and golfing. For his high school graduation, he went to Okaloosa-Walton Community College in Niceville, Florida.

Married To Kelly A. Wolfe After Divorce With Jennifer Lopez

The 51 years old, Cris Judd is a married man. He has shared the wedding vows with a lady named Kelly Wolfe in 2009 in Laguna Beach, California.

After four years of marriage, they welcomed a daughter named Vivienne Lee Judd, on September 19, 2013, as their first child. As of now the family of three is leading a very happy life.

Previously, Cris Judd was married to American actress, singer, and dancer, Jennifer Lopez. They first met in Spain in late 2000 after Judd hired to direct her music video for Love Don’t Cost a Thing. Soon after that, they fell in love and got married on September 29, 2001.

However , they ended their marriage after some months of marriage and their divorce got finalized in 2003.

Has $1 million From His Career As A Actor and Choreographer

Cris Judd has collected the net worth of $1 million as of 2021 as per the celebrity net worth.

Talking about his career, he started working with Disney World while he was in his college days. Later on, he discovered his natural talent for dance and develop his inserted to became a professional dancer. Soon after that he started dancing professionally with Disney.

As a dancer, he quickly received the limelight on national level. His career got a huge leimlight after he got opportunity to dance with Michael Jackson for the 1995 MTV Video Music Awards. Michael became impressed by his dance and selected him on his HIStory Tour.

Following this, his dancing career got a international reorganization and he also venturing into choreography and collaborated with renowned choreographer Eddie Garcia to choreograph the 2000 Tour for Jordan Knight. As a choreographer, he has worked with Angie Martinez, Julio Iglesias, Jennifer Lopez, Usher, and many more.

Apart from the dancing career, he also has made his appearance in movies and TV shows. He was part of the I’m a Celebrity…Get Me Out of Here! in its first season and was also able to win the competition. As a winner, he received $200,000 and donated the entire amount to the Make-a-Wish Foundation.

Some of his notable movie and TV work includes Everybody Loves Raymond, Eve, and Half & Half.

How much is Cris Judd’s net worth?

Cris Judd’s net worth is estimated to be around $1 million.

Who is Cris Judd’s wife?

How old is Cris Judd?