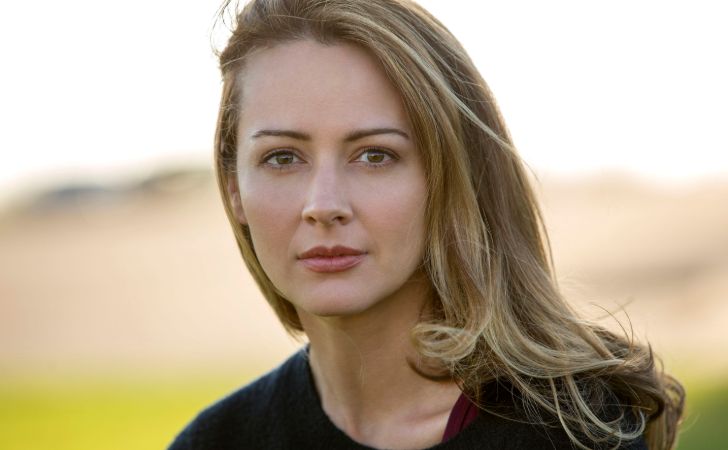 Amy Acker, 44, is an American actress widely known for her work as Winifred Burkle/Illyria on the supernatural drama series Angel. Some of her other popular works are Alias and Person of Interest. In 2020, she appeared as Tammy in God Friended Me for one episode.

Amy Louise  Acker was born on 5th December 1976 in Dallas, Texas, the United States of America to Robert Acker and Sandra Bruyere. Her father was a lawyer, whereas, her mother was a homemaker.

She is an American as per her nationality and has mixed (English, German, Irish, Scottish, Welsh, and French) ancestry. She went and graduated from Lake Highlands High School in Dallas.

She is married to actor James Carpinello. They wed on 25th April 2003 and welcomed their first child, Jackson James on 22nd January 2005.

What Is Amy Acker’s Net Worth?

As per Celebrity Net Worth, Acker is reportedly worth around $2 million as of mid-2020. Her primary source of her million-dollar fortune is her successful career of acting.

The average salary of an aspiring actor ranges at around $52,000 to $67,000 per year. We can say that, Amy earns above the average range.

Amy made her major television debut as Winifred ‘Fred’ Burkle in Angel. She starred in the show from season 2 to 5 alongside David Boreanaz, Charisma Carpenter, and Glenn Quinn. She won the 2003 Saturn Award for Best Supporting Actress on Television for her performance in the show.

In 2005, she joined the cast of Alias for its final season and played villainess Kelly Peyton along with Jennifer Garner, Bradley Cooper, Michael Vartan, Ron Rifkin, and Merrin Dungey.

Similarly, she made guest appearance on How I Met Your Mother, Warehouse 13, Once Upon A Time, and several others.

In March 2017, Amy was cast as Caitlin Strucker in the FOX television series The Gifted opposite Stephen Moyer, Sean Teale, Coby Bell, Natalie Alyn Lind, and others.

In 2019, she appeared in What Just Happened???! with Fred Savage and Grey’s Anatomy. Recently in 2020, played Tammy in God Friended Me and voiced the character Lois Lane in Superman: Red Son.