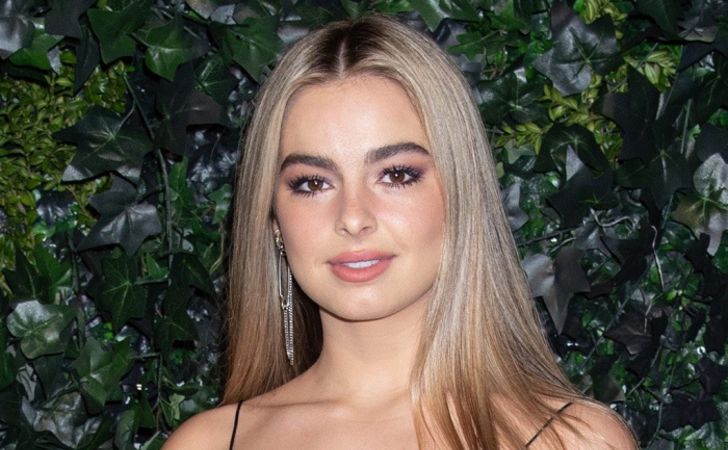 Addison Rae Easterling, simply known as Addison Rae, is an American social media personality and dancer. She is the second most-followed individual on TikTok, with over 61 million followers. Besides, Rae has also been named the highest-earning TikTok star.

What is Addison Rae’s net worth?

Addison has an estimated net worth of $2 million, as per The U.S. Sun. The 19-year-old earns a great deal of amount from endorsements. In addition, she has also launched her new makeup line called Item Beauty as a joint venture with beauty startup Madeby.

The products, which are available for purchase online, price range from $12 to $22. Moreover, she earned no less than $1 million last year through June, as per Forbes. In August, Addison topped the list of Forbes’ TikTok’s 7 Highest-Earning Stars, with an estimated earning of $5 million.

The 19-year-old has worked with companies such as Reebok, L’Oréal, Hollister, and American Eagle. Rae also released a weekly Spotify podcast with her mother called “Mama Knows Best” in July 2020. Besides, Addison’s Instagram and YouTube channel also accounts for two-thirds of her earnings.

Is Addison Rae dating someone?

While Rae has been open about her famili life or her feud with fellow YouTuber Nate Hill, she has kept her romantic life under wraps.

Though there has been speculation that the 19-year-old TikTok star is dating YouTuber David Dobrik, none have commented on these dating rumors. 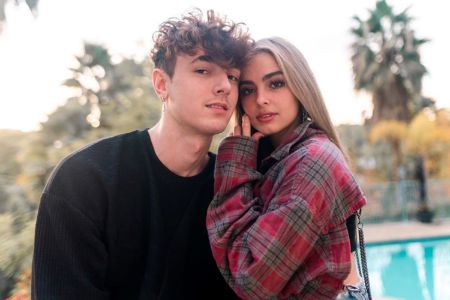 Moreover, Addison was thought to have dated fellow TikTok star Bryce Hall back in October 2019. However, Hall confirmed that both were just good friends tweeting, “… we’re still gonna hang n stuff but, we’re just not gonna be kissy kissy anymore.. btw, neither of us are punching the air.”

Rae was born on October 6, 2000, in Lafayette, Louisiana, to Monty Lopez and Sheri Easterling. Both of her parents are active on social media channels and have their own TikTok accounts.

Addison has two younger brothers, Lucas and Enzo, who also have their own TikTok account. You can follow Rae’s family on TikTok at @thelopezboys, @enzoeli, @sherinicolee, and @MontyJLopez.

The 19-year-old briefly attended Louisiana State University to earn a degree in sports broadcasting. However, in December 2019, Rae left LSU and moved to Los Angeles. helping form The Hype House, a TikTok collaborative group, which she has been part of since December.