Where is Laneya Grace now? Details about her Age, Family, Relationship, Height, and MORE 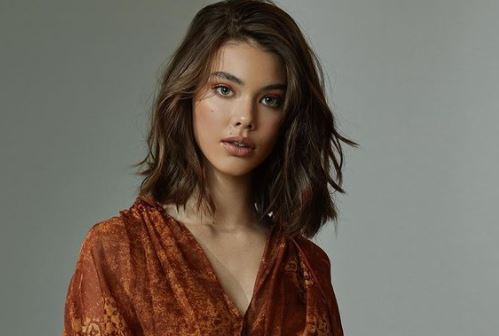 Laneya Grace is an American model and social media star who gained popularity after featuring in Avicii’s hit song, Wake Me Up, in 2013. She is also known for her works with Wilhelmina Models and has even been featured in campaigns by Guess and Maleficent Toys.

Are you interested to know how the 17-year-old model’s lifestyle is? Stay tuned till the end to know her family, relationships, earnings, body measurements, and more.

The Wilhelmina Model was born on June 23, 2004, in San Francisco. Her father’s name is Tomas Stevenson but the details about her mother is not revealed. Her father is a mix of Mexicana and Filipino while her mother is white.

She also has a younger sister named Kay.

Laneya has shared several photos of her parents on her Instagram and never forgets to wish them on every special occasion like birthdays, father’s days, and mother days.

The 17-year-old California-based model has a perfect height of 5 feet and 7 inches and her body weight is 50 kg approximately.

Laneya’s career in modeling took off when she was just 3 years old. She first had a photoshoot at Capitola beach and her parents sent those photos to the New York-based highly ranked modeling agency named Ford Modeling.

Grace was accepted for further photoshoots and was called for her first shoot with Macy’s. During her four years with Fors, she did advertisements for supermarkets until the company stopped child modeling.

Laneya then continued her modeling career with Wilhelmina Model and is represented by JE Model Management.

Her other modeling works include Guess, Maleficient Toys, Old Navy and Ralph Lauren. She even appeared in the music video for the song Wake Me Up by Avicii with Kristina Romanova.

Does Laneya Grace have a Boyfriend?

While it is common for teens to have a partner in the States, Laneya seems to be an exception. At 17, she reportedly is single and is very happy with her life.

Scrolling through her thousands of posts on Instagram, she has a deep love for her family and parents. However, she has chosen to remain silent about her relationship and affair.

Net worth and Earnings; How much does she earn from Social Media?

Laneya, who has been doing pretty well from the start of her career, is earning relatively quite more than the average teen. Besides, she also models from several campaigns that pay her well.

The Instagram model also makes money from sponsored posts on her social media. Besides,s she is a brand promoter of Happy Plugs, a Stockholm-based headphones company, which she promotes quite often on her Instagram.

Also a Model: American Model And Dancer Elliana Walmsley Biography; Who Is Her Boyfriend?