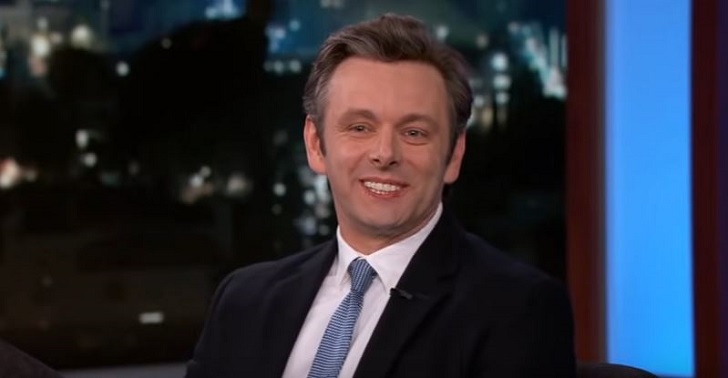 A well-known Welsh political activist and actor, Michael Sheen, started his journey as an actor from the theatre. He was most active in the 1990s, where he made appearances in Romeo and Juliet (1992), Peer Gynt (1994), The Homecoming (1997), and few others. Sheen made his screen debut in 2000 and has been part of many memorable roles over the years, including in and as Tony Blair, Kenneth Williams in Fantabulosa!, and as David Frost in Frost/Nixon, among others.

Michael Sheen was born on 5th February 1969 in the Welsh town of Newport, Monmouthshire to Irene Sheen, a secretary, and Meyrick Sheen, a personnel manager for the British Steel Corporation. He also has a younger sister named Joanne.

During the early years of his career, Sheen mostly worked in theaters. While still in his last year at ‘RADA,’ he had his professional debut in ‘When She Danced’ at the ‘Globe Theatre’ in 1991.

In 1992, Michael featured in Romeo and Juliet’ and ‘Don’t Fool With Love.’ He also performed in Harold Pinter’s ‘Moonlight’ in 1993 and made his television debut in the ‘BBC’ mini-series ‘Gallowglass.’

Later, the actor earned the title part in the play ‘Peer Gynt’ in 1994. In the same year, he appeared in a Paris theatre production of ‘Le Livre de Spencer’ and a London production of ‘Charley’s Aunt’ at the ‘Royal Exchange.’

In 1995, he appeared in the play ‘The Seagull.’ He also directed and performed in ‘The Dresser.’ The charismatic actor made his cinematic debut in ‘Othello the next year’ with Kenneth Branagh.
He also had an appearance in ‘The Ends of the Earth’ in 1996.

However, his most notable theatrical performance was in 1997 when he performed the title role in ‘Henry V.’ He also featured in Harold Pinter’s “The Homecoming” the same year and also starred as Robbie Ross in the biographical picture ‘Wilde’ in 1997.

Additionally, in 1998, Sheen co-founded ‘The Foundry,’ a production organization dedicated to promoting the works of emerging playwrights. He directed ‘A Little World of Our Own’ at the ‘Donmar Warehouse.’ In addition, he played Mozart in ‘Amadeus’ from 1998 to 1999.

In 1999, the actor portrayed Jimmy Porter in the film ‘Look Back in Anger.’ From 2002, Michael began dedicating more attention to movies. In 2002, he bagged the prominent role of his career where he played Colin in the film ‘Heartlands”. Later, he also played in the action-adventure film ‘The Four Feathers.’

Similarly, in 2003, The Four Feathers star played a gay nobleman in the film ‘Bright Young Things.’ He went on to play the werewolf leader Lucian in ‘Underworld,’ and also had a brief cameo in the sci-fi thriller ‘Timeline.’ At the Donmar Warehouse in 2003, he portrayed the title role in the drama ‘Caligula.’

In addition, in 2006, the Caligula star Sheen received international acclaim for his depiction of Tony Blair in ‘The Queen.’ The same year, he featured as an unethical diamond trader in ‘Blood Diamond,’ and as the comedic performer Kenneth Williams in BBC Four’s ‘Fantabulous!’ He also appeared in ‘Nero in Ancient Rome: The Rise and Fall of an Empire’ and ‘HG Wells: War with the World.’

Furthermore, from 2006 to 2007, he played television presenter David Frost in the drama ‘Frost/Nixon.’ In the same year, the actor played a political activist in the film ‘Music Within.’ Likewise, in the 2008 film ‘Frost/Nixon,’ he repeated his role as David Frost.

Later, in the 2009 film ‘The Damned United,’ Sheen played football manager Brian Clough. He also featured in ‘Underworld: Rise of the Lycans’ that year. He appeared as a supporting actor in the science fiction picture ‘Tron: Legacy’ in 2010. In the same year, the 52-year-old played a terrorist in the film ‘Unthinkable.’ He also appeared in the last installment of Peter Morgan’s ‘Blair’ trilogy, ‘The Special Relationship.’

Likewise, The Special Relationship actor was the creative director and actor in the theatrical production of ‘The Passion’ in 2011. Aside from the professional cast, the show featured over 1000 local amateurs! That same year, he had one of his most memorable performances as a supporting actor in the fantasy comedy ‘Midnight in Paris.’ The same year, he appeared in several films, including ‘The Twilight Saga: Breaking Dawn – Part 1’ and ‘Resistance.’ He also starred in the drama film ‘Beautiful Boy.’

Sheen subsequently went on to portray the title role in ‘Hamlet’ for almost a year, from late 2011 to early 2012, receiving critical acclaim for his outstanding performance. From 2013 to 2014, he appeared in films such as ‘Admission’ and ‘Mariah Mundi and the Midas Box.’ In addition, he participated in the spoof miniseries ‘The Spoils of Babylon.’

In 2015, Sheen co-starred with Carey Mulligan in the romantic drama ‘Far from the Madding Crowd,’ portraying a wealthy bachelor called William Boldwood. Critics praised his portrayal as the suave Boldwood, describing it as “fine-grained” and “heartrending.” That same year, he made an impression on television with parts in ‘Comedy Bang! Bang!,’ ‘The Spoils Before Dying,’ and ‘7 Days in Hell.’

Later, Sheen produced and acted in Showtime’s historical drama series “Masters of Sex” from 2013 to 2016, alongside Lizzy Caplan. He got a “Golden Globe” nomination.

Sheen turned his emphasis to television in 2017, playing characters such as the unorthodox lawyer Roland Blum in the TV series ‘Good fight.’ He also appeared opposite David Tennant in the miniseries Good Omens.’

The actor was cast as the unorthodox lawyer Roland Blum in season 3 of The Good Fight’s television series in 2018.

In May 2019, Sheen co-starred with David Tennant in Good Omens, based on Terry Pratchett and Neil Gaiman’s novel of the same name, and was cast as Chris Tarrant in the TV version of James Graham’s stage play Quiz.

In addition, he began his role as Martin Whitely in Fox’s American television series Prodigal Son in September of the same year.

In June 2020, The Good Fight star reprised his role as David Tennant in the six-part television lockdown comedy Staged, which was created utilizing video-conferencing technologies. In January 2021, a second eight-episode season premiered.

After a lengthy period of Covid-19 lockdown, Sheen returned to the London stage in Dylan Thomas’s Under Milk Wood at the Olivier Theatre at the National Theatre in June 2021.

Next, in 2006, he won an ‘RTS Award’ for ‘Best Actor for the portrayal of comic actor Kenneth Williams in the TV play ‘Fantabulosa!’

The Hollywood icon also received Variety Award’ at the 2008 ‘British Independent Film Awards for his role in ‘Frost/Nixon.’ He then bagged a ‘BAFTA Britannia Award’ for ‘British Artist of the Year in 2010.

Sheen was also honored with the Best Director award along with Bill Mitchell at the ‘Theatre Awards UK 2011.’

Besides these, the actor was also nominated for numerous movies. His first nomination was for the ‘MEN Theatre Award’ for his role in the play ‘Romeo and Juliet.’ Next, in 1993 he was nominated for  ‘Ian Charleson Award’ for ‘Don’t Fool With Love.’

Michael was nominated twice for BAFTA, once for Laurence Olivier Award and Golden Globe Awards.

The Masters of Sex actor is currently (September 2021) dating Swedish actress Anna Lundberg. The pair welcomed their first child; a daughter Lyra on 23 September 2019. The family as of now resides in Baglan.

Before, he was in a relationship with American actress Sarah Silverman until 2014. He was also in a long-distance relationship with ballet dancer Lorraine Stewart from 2004 till 2010. His romance with Rachel McAdams also grabbed a few headlines in the past.

The actor also has a daughter Lily Mo Beckinsale-Sheen, born in 1999 with actress Kate Beckinsale. The couple was in a relationship from 1995 to 2003.

What Is The Net Worth Of Michael Sheen? Salary?Charity?

Michael Sheen has a net worth of $16 million. With over 20 years of experience in the entertainment business, his primary source of income is acting. As per the sources, his annual income is around $5 million.

Besides, acting Michael is actively involved in charities and activism.