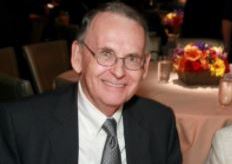 Emil Erich Zellweger, the father of an American actress, Renee Zellweger, is an engineer. He has worked in the oil purifying business as an electrical and mechanical engineer.

His daughter Renee Zellweger is best known for starring in the Bridget Jones movie saga. Her other popular movies are Jerry Maguire, the drama One True Thing, and the black comedy Nurse Betty.

Emil Erich was born on 24 April 1937, in Au, St. Gallen, Switzerland to his parents Emil Zellweger and Dorothy Zellweger. He is 85 years old as of 2022 and holds a Swiss nationality.

His family shifted to Australia after World War II.

He was raised in a family of “lazy Catholics and Episcopalians”.

Details about his Wife and Children

Emil Erich Zellweger’s wife is Kjellfrid Irene Andreassen. They first met on a boat while traveling to the US and fell in love.

After dating for several years, they got married on 24 August 1963, in Montreal, Québec, Canada.

His wife is a Norwegian of Kven and Sámi descent. She worked as a nurse in Norway and started working as a governess after moving to America.

Emil and his spouse have two children: Renée Zellweger and Drew Zellweger.

Their first child Elle, Drew Zellweger, born on February 15, 1967, works as a marketing executive. He married Brandy Stone on 16 December 2003, in Fiji-øyene.

Who is his Daughter Renee?

Renee Zellweger was born as the youngest child to Emil and his wife Kjellfrid, on April 25, 1969.

She grew up in Texas and attended Katy High School where she played soccer, basketball, football, etc, and was also a member of the club of gymnast, debate, and cheerleader.

The then received Bachelor of Arts degree in English from The University of Texas.

Renee was interested in acting so, she appeared in small roles in several movies after her graduation.

She made her major film debut in the 1994 horror movie Texas Chainsaw Massacre: The Next Generation. However, she gained fame after starring in the 1996 movie Jerry Maguire.

She also starred in other parts of the movie series Bridget Jones: The Edge of Reason and Bridget Jones’s Baby.

In 2019, she appeared in the biographical drama Judy as Judy Garland for which she won the Golden Globe Award, Screen Actors Guild Award, BAFTA Award, and Academy Award.

She was recently featured in the crime drama series The Thing About Pam in 2022.

Renee is in a relationship with English television presenter Ant Anstead since June 2021.

Earlier, she was married to singer Kenny Chesney. They tied the knot in May 2005 but she filed for an annulment after four months.

Besides, Renee was engaged to Jim Carrey from 1999 to 2000. She has also dated musician Jack White, Case 39 co-star Bradley Cooper, and musician Doyle Bramhall II in the past.

Emil Erich Zellweger lost the Job while Renee was in College

Emil lost his job as an engineer while his daughter was attending The University of Texas. So, Renee started working as a cocktail waitress to support her education.

She said that she learned a lot about people and life after she took her first job.

“I learned a lot. As much as I did in my classes that that club paid for… I learned not to judge people, [and] that things are not black and white.”

During that time, she appeared in small roles in short films and also did commercials.

After her graduation, she worked in a beef commercial which was her first job.

Emil Erich Zellweger worked as an electrical and mechanical engineer but lost his job in the early 1990s.

He reportedly earned a good salary while working in the oil purifying business.

But, he struggled to support his family after he lost his job.

His daughter Renee is a popular actress who has appeared in many movies. Her net worth is estimated at $90 Million as of 2022.

Check it Out: Bernadette Birk- Mother of TV star Bethenny Frankel: How is their Relationship?