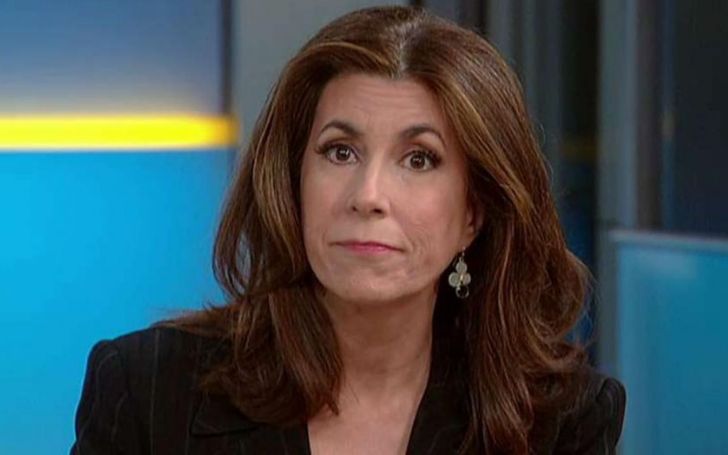 Tammy Bruce is an American political commentator, radio host, and author. She currently works for Fox News as a contributor and hosts the Get Tammy Bruce show on Fox’s streaming platform, Fox Nation.

How Old is Tammy Bruce? What is Her Height?

Tammy served as the president o the feminist organization National Organization for Women (NOW) for six years from 1990 to 1996 — two of which she served on the board of directors.

Starting as a classic liberal, Tammy served on the campaigns of many Democratic candidates in the ’90s, but she felt that she had more in common with the right-wing viewpoint than the left.

She started hosting the radio talk show, Tammy Bruce Show, in 1993. The talk show has been heavily syndicated but in 2009 Bruce gained exclusive rights to the show.

Her writings have also been published by such magazines as the New York Times, the Los Angeles Times, Esquire, the San Francisco Chronicle, USA Today, and The Advocate.

She joined Fox News Channel in January 2005. Since then, she has been a frequent on-air contributor and hosts the Get Tammy Bruce show on Fox News’s streaming platform, Fox Nation.

She also worked a columnist at Newsmax.com and The Guardian, and currently works as the columnist for The Washington Post.

A New York Times best-selling author, she has authored three books, namely 2001’s The New Thought Police: Inside the Left’s Assault on Free Speech and Free Minds, 2003’s The Death of Right and Wrong: Exposing the Left’s Assault on Our Culture and Values, and 2005’s The New American Revolution: Using the Power of the Individual to Save Our Nation from Extremists.

Is Tammy Bruce Bisexual? Her Relationship with Brenda Benet

Tammy Bruce has publicly stated that she was bisexual.

When she was 19, Tammy Bruce was in a relationship with actress Brenda Benet after Benet’s divorce from her second husband, Bill Bixby. During that time, Benet was severely depressed after her 6-year-old son had died of cardiac arrest.

On April 7, 1982, Benet locked herself in her bathroom and shot herself with a  .38 caliber handgun. Tammy was the first on the scene and called the authorities.

Currently, Tammy Bruce is believed to be single. She is listed as residing in Los Angeles, California.

Tammy Bruce is estimated to have a net worth of $2 million. A political commentator, radio host, and author, Bruce has worked as the president of the National Organization for Women (NOW), and worked as the columnist for such outlets as Newsmax.com and The Guardian. On top of that, she is a New York Times best-selling author and a political pundit.

She is currently working for Fox News Channel as a contributor. She also hosts the Get Tammy Bruce show on Fox Nation.