Who is Symonne Harrison? How rich is She? 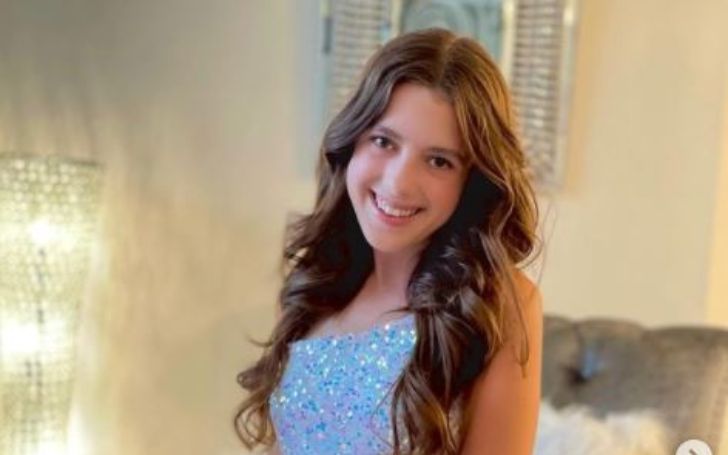 Symonne Harrison is an American actress, dancer, YouTuber, model, and invertor who has been active in entertainment since the age of seven. She is famous for appearing in the Golden Globe-winning Showtime series The Affair and the Nickelodeon show Hot Mess.

Symonne Harrison was born under the birth sign Gemini on June 19, 2006, in Cleveland, Ohio, the United States. She is of American nationality and belongs to the white ethnicity.

She is the daughter of James Harrison(businessman) and Tania Harrison(housewife). As of now, she is at her school level however the detail on it is missing.

Who Is Symonne Harrison Dating?

She officiated the news of her relationship on May 1, 2021, through a Youtube vid titled Introducing “My CRUSH To My BEST FRIENDS **SECRET REVEAL**”.

Previously she was in a dating relationship with actor Ayden Makus from 2020 to 2021.

Journey To $500 Thousand From Acting and Social Media Career

The young and talented actress, Symonne Harrison has a net worth of $0.5 million as of 2021 from her career as an actress, dancer, and model.

She started dancing at the age of two and while she was seven she started acting. As a dancer, she has won multiple dance competitions and also has performed at Walt Disney World.

While talking about her acting career she has more than 15 acting credits in her name and still adding on it. Some of her notable work includes The Affair, Beautiful People – Gavin Magnus Cover Ft. Coco Quinn, Symonne Harrison, Last to Stop Ignoring Their Boyfriend Wins $10,000 Couples Challenge, Connor Cain-How I Say Merry Christmas, Last to Get Arrested Wins $10,000, Piper Rockelle.

Also, she is all set to appear in an upcoming project The Christmas Dance, Drylands, and Gumshoe Gabbie.

One thought on “Who is Symonne Harrison? How rich is She?”