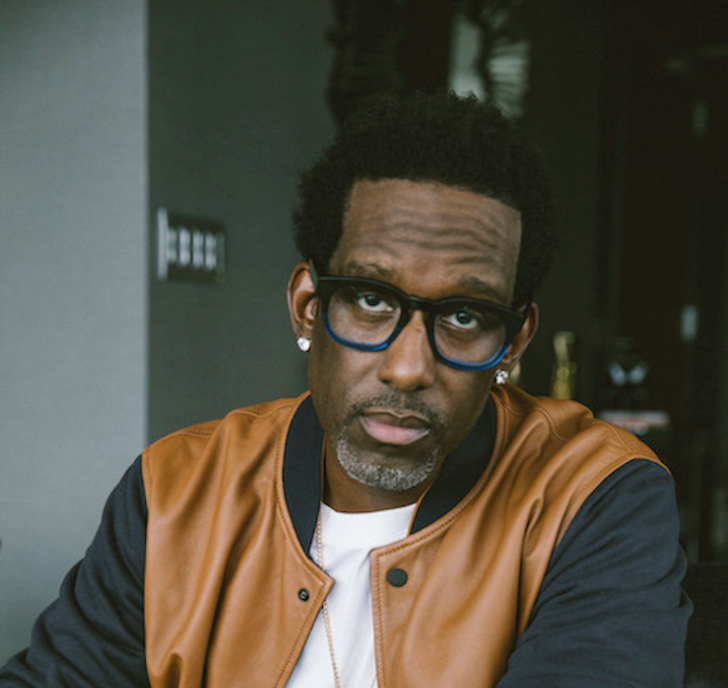 Best known as the member of the vocal group Boyz II Men, Shawn Stockman is an American singer-songwriter. Similarly, he also served as a judge on the Sing-Off alongside Nick Lachey, Jewel Kilcher, and Patrick Stump. He is worth around $60 million at present.

Shawn Patrick Stockman was born on 26th September 1972 In Philadelphia, Pennsylvania, the United States of America to JoAnn Stockman and Thurman Sanders. As per his nationality, he is an American and has Afro-American ancestry.

He grew up alongside his siblings Rodney, Marks, Taterea, Steven, David, and Two Stockman. He went and graduated from High School For Creative & Performing Arts.

As per Celebrity Net Worth, Shawn is reported to own net worth at around $60 million as of May 2020. He amassed his multi-million dollar fortune from his successful musical career of 32 years.

Most of his fortune comes as being a member and vocalist in the Boys 2 Men Band. He also earns a decent sum of cash for his work as the judge in Sing-Off.

Here is a list of earnings from record/album sales:

Stockman began his career in the music field at a young age. In the late 1990s, he recorded a solo album as a side project, however, it was never released.

He met his fellow band members while attending CAPA in South Philadelphia. He and his friends formed the multiplatinum R&B group Boyz II Men in 1987 and were signed to Motown Records. The band gained international success during the late 1990s.

The band released their debut studio album Cooleyhighharmony in 1991 with singles like Motownphilly, Uhh Ahh, and Please Don’t Go. Motownphilly and It’s So Hard to Say Goodbye to Yesterday peaked at the top 5 in 1991 followed by End of the Road which peaked at no.1 in 1992.

They released their second studio album entitled Christmas Interpretations in 1993 with hit singles Silent Night, Let It Snow, and several others.

Fun Fact: Shawn has also recorded a cover song of “If I Were a Boy” by Beyonce.

Apart from his career at Boyz II Men, he served as one of the judges in an American television singing competition The Sing-Off. He joined the show in its first season until its fifth season which was released in 2014.

Besides this, some of his acting credits are Mr. Holland’s Opus, White Men Can’t Jump, and Long Shot.

Shawn Is Married To His Longtime Lover

Shawn met his wife Sharonda Jones in 1993 and became friends. After a while, they began dating and eventually got married on 1st September 2001 amidst family and friends.

They welcomed their twins Ty and Micah in 2003. However, after a year of their birth, Micah underwent sudden changes. After a few checkups, the doctor-diagnosed Micah with autism. They also have a daughter named Brooklyn.

The 48-year-old singer-songwriter has over 53.3k followers on Instagram and over 51.5k on Twitter. His social media account also aid up a decent sum of cash to his fortune.