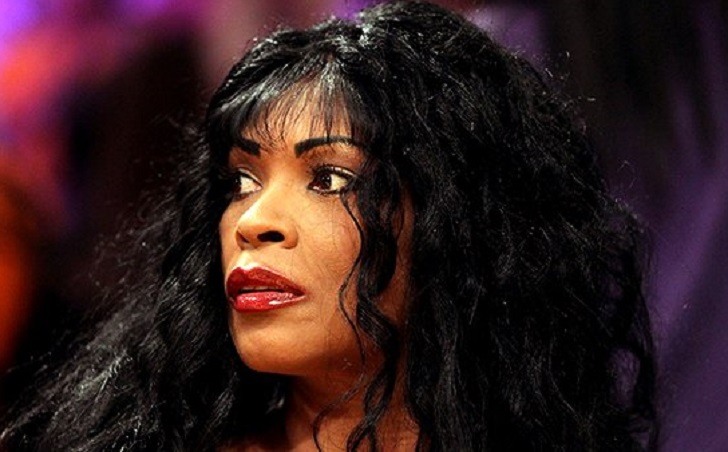 The American socialite Pam Bryant came in the limelight following her marriage with former NBA player Joe Bryant. The couple gained further fame as parents of late professional basketball player Kobe Bryant. However, the two were not on speaking terms with their son for several years.

Who is Pam Bryant?

Pam Bryant was born in the United States of America. She holds an American nationality and is from a mixed ethnical background.

The information about Pamela’s date of birth, parents, and other early details are completely hidden from the media. She has a brother named Chubby Cox, a former NBA player.

Pam Bryant is a socialite by profession. She gained both public and media attention as a wife of former basketball player Joe Bryant. He also became the head coach of the WNBA’s Los Angeles Sparks (August 2005-April 2007).

Pam Bryant and husband Joe Bryant welcomed their son Kobe Bryant on 23rd August 1978. Their relationship went on to become a bit of frosty after Kobe married wife Vanessa Laine on April 18, 2001, at the young age of 22.

The two met for the first time when Venessa was just 17-year old in November 1999. The two got engaged after a half year in May 2000. Almost whole Bryant family did not attend Kobe’s wedding at St. Edward the Confessor Catholic Church in Dana Point, California.

His mother Pam was opposed to the marriage reportedly marrying so young and also the woman was not African-American. Sources reported the family reconciled after Kobe and wife Vanessa welcomed their first daughter Natalia.

In 2013, the family had, however, a huge falling out again after Kobe’s parents tried to sell his memorabilia that was worth nearly $500,000 at auction. They eventually sold the property for $450,000.

His parents were also not invited to Kobe’s final NBA game before his retirement. Both Pam and Joe issued an apology releasing a joint statement,

We regret our actions and statements related to the Kobe Bryant auction memorabilia. We apologize for any misunderstanding and unintended pain we may have caused our son and appreciate the financial support that he has provided to us over the years

Kobe, sadly, passed away a helicopter accident in Calabasas, California, on January 26, along with his daughter Gianna, 13, and including seven other victims.

Pam Bryant tied the know with her husband Joe Bryant in 1975. The couple welcomed their first child a daughter named Sharia Bryant on 19th March 1976. Their second daughter Shaya Bryant was born on 30th July 1977.

The two welcomed their son Kobe Bryant on 23rd August 1978. Its been nearly a half-century that the two are still together and leading happy married life with no rumors of divorce.

What is Pam Bryant’s Net Worth?

As per sources, Pam Bryant’s net worth is $1 million in 2020. On the other side, her spouse Joe owns $5 million net worth.

Additionally, thair late son NBA star Kobe had $500 million net worth at the time of his death.