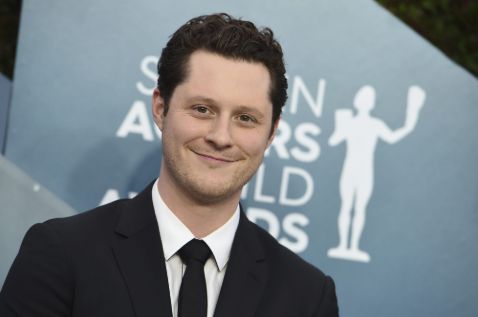 Canadian Screen Awards-winner Noah Reid is a Canadian-American actor, musician, and former voice actor. He is popular for his role in Franklin, Schitt’s Creek, and Strange Days at Blake Holsey High.

Likewise, Reid holds dual (Canadian & American) nationality and has mixed ethnic descent. He enrolled at the Etobicoke School of the Arts and graduated in 2008.

According to Celebrity Net Worth, Reid is reportedly worth around $2 million as of April 2021. His primary source of income is his successful acting career. Besides this, he also pockets a decent sum of money from his career as a musician.

Reid began his acting career as a child actor. From 1997 to 2004, he voiced the title character in Franklin.

Likewise, he went to star in Pippi Longstocking, Strange Days at Blake Holsey High, Jane and the Dragon, and others.

He earned his first feature film role as Farley Gordon in a 2010 musical film Score: A Hockey Musical. Reid then guest-starred in several series including Rookie Blue, Cracked, and Kevin From Work.

In 2017, Noah was cast as Patrick Brewer in the television sitcom Schitt’s Creek alongside Eugene Levy, Annie Murphy, Catherine O’Hara, and Jennifer Robertson. Moreover, he starred in the show until 2020 in a total of 39 episodes.

Apart from this, as a singer Noah has released two albums entitled Gemini and Songs From a Broken Chair. Similarly, some of his singles include Honestly, Jacob’s Dream, Hold On, and Got You.

The Schitt’s Creek star is married to Canadian actress Clare Stone. The couple dated for a while and announced their engagement on 31st December 2018.

After being engaged for 2 years, they exchanged their vows on 25th July 2020 admist family and close friends.