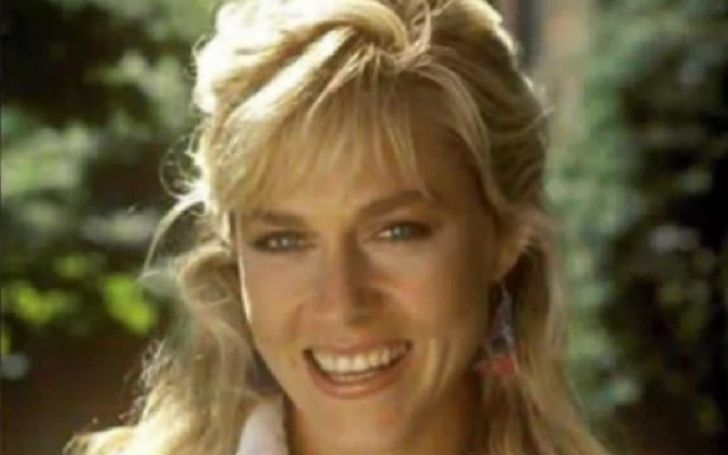 American actress and beauty pageant titleholder, Shawn Weatherly is famous for her appearance in Police Academy 3: Back in Training, Jill Riley, and Baywatch. She won the titles of Miss USA and Miss Universe in 1980.

How old is Shawn Weatherly?

Shawn Weatherly was born on July 24, 1959 in San Antonio, Texas, U.S. under the birth sign Leo as Shawn Nichols Weatherly. She is the daughter of  Joanne(a former Christian Dior model) while her father was a member of the US Air Force stationed in San Antonio.

When she was around 9, she lost her mother due to cancer. Following the incident, she moved to Sumter, South Carolina along with her family and spent her childhood there. S

Regarding her schooling, she completed her schooling at Sumter High School. Later on, she joined Clemson University for her degree in nursing.

Shawn Weatherly won Miss Universe 1980, the 29th Miss Universe pageant. The event was held on July 8, 1980, at the Sejong Cultural Center in Seoul, South Korea. She was crowned by Maritza Sayalero of Venezuela. Well, she was the fifth Miss Universe from the United States. Prior to Miss Univers, she won Miss South Carolina 1980 and Miss USA 1980.

Also, she is an actress who is known for her appearance on the television show Baywatch as Jill Riley. In the series, she has shared screen alongside David Hasselhoff, Jeremy Jackson, Michael Newman, among others.

Some of her other notable movie and TV work includes The Dukes of Hazzard, Happy Days, T.J. Hooker, Shaping Up, Cannonball Run II, Police Academy 3: Back in Training, The New Adventures of Beans Baxter, J.J. Starbuck, Thieves of Fortune, The Wonderful World of Disney, 108 Stitches, Love in the Time of Monsters.

Since 215 she has not bee active in acting industry as well as modeling industry.

From her career, she has earned huge amount of worth and as of 2021 her net worth is calculated to be around $1 million.

The 61 years old, Shawn Weatherly is a married woman and her husband is Chip Harris(president of a biotech research company). Together they have shared two kids: Jesse Harris and Jack Harris.

Prior to her marriage, she was briefly in a relationship with Lee Majors and Dwight Clark. As of now, she resides in Waresboro, Georgia.