Mikkel Folsgaard, Danish Actor’s Biography; Who Is His Wife? 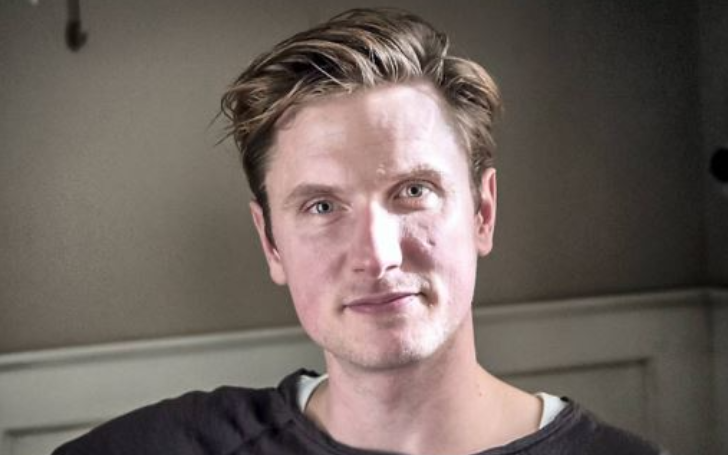 Born and raised in Ronne, Demark, Mikkel Folsgaard is a Danish actor who started his career back in 2012. His role as King Christian VII in A Royal Affair earned him the Silver Bear for Best Actor. He grabbed international attention for his appearances in television series such as The Legacy, The Rain, and The Chestnut Man.

Regarding his education, the actor was educated at the Danska scenkonstskolan, graduating in 2012. He is Danish by nationality.

What Is His Estimated Net Worth? Popular Roles in TV & Films

The 37-year-old talented actor earned handsome money from his successful career in acting. As of October 2021, his net worth sits at $500 thousand.  According to erieri.com, the average salary of a Danish actor is reported to be DKK 609,386 per year. So he might be earning in a similar or above range.

In 2012, Folsgaard acted as Christian VII in the historical drama film A Royal Affair (box office $14.7 million), for which he won the Silver Bear for Best Actor at the 62nd Berlin International Film Festival.

He starred in the film The Keeper of Lost and appeared as Oleg in the television series Those Who Kill in 2013. He was cast as Kim Vilfort in the sports comedy film Sommeren ’92 in 2015.

The following year, A Royal Affair actor was seen as Lidner in the romantic drama film A Serious Game and Thomas Ingerslev in the drama film Walk with Me.

Mikkel played Emil Gronnegaard in the DR television drama series The Legacy from 2014-2017. Similarly, he joined the cast of the TV series The Rain as Martin from 2018 until 2020.

The Rain actor Mikkel Folsgaard is happily married to his sweetheart Freja Friis. The couple exchanged wedding vows in 2016 in the presence of their close ones.

Even before their marriage, Folsgaard and Friss already became parents of their child, a son, Theodor Folsgaard, who was born in October 2013.

Similarly, his wife gave birth to their second baby daughter, Sigrid Folsgaard, in December 2016. They family of four currently lives a blissful life.