American Journalist Mike Barnicle Biography: Who Is His Wife? 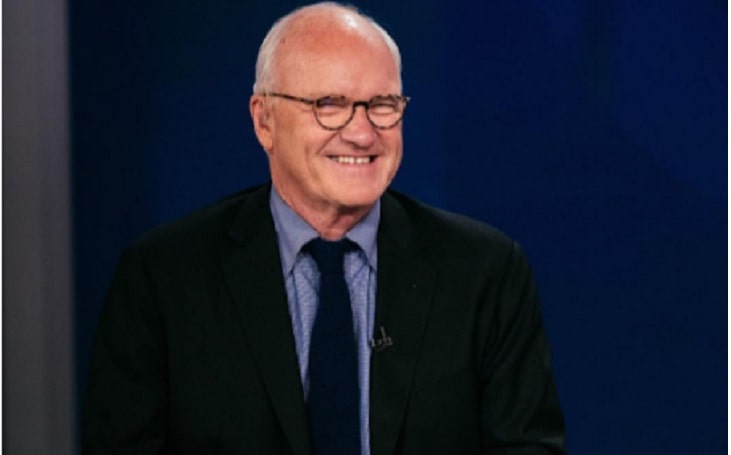 Michael Barnicle AKA Mike, is an American award-winning print and broadcast journalist, a senior contributor, and a veteran columnist on MSNBC’s Morning Joe.

He is also a social and political commentator who is seen on NBC’s Today Show with news/feature segments.

Details On His Early Background

Michael Barnicle, better known as Mike Barnicle, was born on October 13, 1943, in Worcester, Massachusetts, U.S. But Barnicle spent most of his early days in Fitchburg, Massachusetts.

He enrolled at Boston University for his graduate education and graduated in 1965. After that, he served as a volunteer for the Robert F. Kennedy 1968 presidential drive in different states.

Meanwhile, he had a brother named Paul Barnicle, who reportedly died on August 10, 2018, after a long eighteen-month battle with brain cancer.

The 78-years-old journalist holds an American nationality. In his initial phase, Barnicle also served as a speechwriter on the U.S. Senate campaign of John V. Tunney.

Professional Career: What Is He Doing Now?

Barnicle is an experienced print and broadcast journalist (like Ray Bogan)who has been awarded several awards by the Associated Press and many other organizations.

He has appeared as a regular contributor and a guest on Hardball with Chris Matthews and on MSNBC’s Morning Joe. On WCVB-TV, he frequently contributes to the news magazine Chronicle.

Also, he has a keen ability to cut via the spin as he interviews government officials and political leaders, celebrities, authors, and athletes about the day’s biggest and most important stories.

Between 1973 to 1998, Barnicle served as a columnist at Boston Globe Media. During his time at Boston Globe, the team earned him prestige as one of the paper’s most popular and celebrated writers and designated him as the voice of New England and a national name in journalism.

His column topics also contained conflict and resolution in Northern Ireland and commemorations of World War II veterans at the beaches of Normandy.

After that, Mike went on to work at Chronicle on WCVB-TV, where Barnicle brought onlookers thought-provoking and award-winning documentaries, including Armed and Dangerous.

Since 2014, the journalist has been working as a staff columnist at the Daily Beast. He regularly provides readers with hard-hitting, trenchant, and poignant must-read and must-share cues that combine his blunt and perceptive observances related to various issues.

After dating girlfriend Anne Finucane briefly, Barnicle married her, and the pair have been together since.

They tied the wedding knot in a private ceremony in 1982.

Together they are the parents of one kid but also have three more children from Mike’s first marriage. The pair and their four children currently reside in Lincoln, Massachusetts.

The happy family often appears together on social media, but Mike does not prefer to make his marital life public.

Apart from that, Barnicle formerly married Meaghan McNabb Carrigan (first wife). As Mike has kept his details a bit away from the limelight, there are very few details about his previous wedding life.

According to the Wiki.ng, Barnicle wrote an article in 2019 describing the Special 2019 Olympics as Trump’s next victim, and he also disclosed that his daughter was among the competitors contending at the Olympics.

Mike’s four children include two sons Nicholas Michael Barnicle, and Colin Barnicle, and a daughter Julia Barnicle. His son Nick produced the Netflix movie This Is a Robbery: The World’s Biggest Art Heist while the other son Colin worked as a director. They are also popular by the name Barnicle Brothers.

His daughter Julia is an athlete who competed in the Special Olympics.

Mike Barnicle’s son Nick Barnicle married his longtime girlfriend Meg Carrigan at Georgetown’s Copley Crypt Chapel where they first met. The next day, they had a reception party among 120 guests in Nantucket, Mass.

The political commentator has maintained a huge amount of net worth in his longtime career.

As per some sites, his fortune is speculated to be over $1 million. Meanwhile, the average salary of an MSNBC anchor is $70,000. So, he might have earned in the same range.

As per PayScale, the average salary of a journalist is $42191. Barnicle has undoubtedly added decent assets to his name with his multiple works.

The major of his income comes from his profession as a Journalist and commentator. Additionally, the annual salary of a commentator is projected at around $29,500.