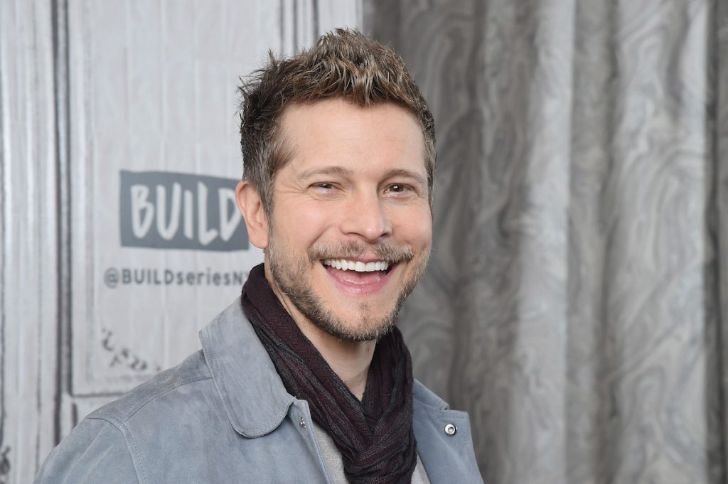 Matt Czuchry is an actor famous as Logan Huntzberger on the series Gilmore Girls (2005–2007). He is also known for his various roles in The Good Wife, Gilmore Girls: A Year in the Life, and The Resident.

What Nationality Is Matt Czuchry? His Age & Height

Matt Czuchry was born on Matthew Charles Czuchry on May 20, 1977, in Manchester, New Hampshire. His mother Sandra Czuchry is a housewife while the father, Andrew Czuchry is a professor at East Tennessee State University.

Matt spent his childhood with his 3 siblings. He has two brothers, Mike Czuchry, AJ Czuchry, and a sister, Karen Czuchry.

Previously, in 1995, Gilmore Girls’ actor graduated from Science Hill High School. Later, he earned a Bachelor of Arts degree in History and Political Science from the College of Charleston in 1999.

Matt holds an American nationality and is of Ukrainian descent on his dad’s side. As of now, he is 43 years old and stands at the height of 5 feet 9½-inch tall or 177 cm.

What Is Matt Czuchry Doing Now? His Movies, TV Shows, & Net Worth

43 years old actor Matt took a theater class in college. At that time, his professor motivated him to change his major to drama.

Eventually, in 2000, he started his acting career appearing in an episode of the television show Freaks and Geeks. The same year, he earned a recurring role as Sean McGrail on the drama TV series Young Americans.

Additionally, Czuchry featured in movies and TV shows like Eight Legged Freaks, A Midsummer Night’s Rave, Swimming Upstream, Em & Me, The Practice, 7th Heaven, Jake 2.0, Hack, and Dark Shadows. He then grabbed the spotlight as Logan Huntzberger on the series Gilmore Girls (2004–2007) with Kelly Bishop, Alexis Bledel, and Sean Gunn.

His other notable acting credits include Hooked, I Hope They Serve Beer in Hell, Justice League, Veronica Mars, Gravity, Friday Night Lights, The Good Wife, The 19th Wife, and Gilmore Girls: A Year in the Life.

Professional since 2000, Young Americans actor has altogether 25 acting credits. As per the Celebrity Net Worth, Matt Czuchry has an estimated net worth of $3 million.

Does Matt Czuchry Have A Wife?

As of 2021, Czuchry is neither married nor dating anyone. He is currently happily living a single life but definitely has dated in his past.

Once in 2011, he was asked about his love life in an interview, he then said he highly cherished his past relationship saying:

Previously, Matt was dating an actress Kate Bosworth. The couple met on the set of the series Young Americans.

Eventually, the pair began dating in 2000 and later ended their romantic relationship in 2002. Besides that, his name was also linked with his The Good Wife co-star, Archie Panjabi.

To know more about Matt Czuchry’s personal and professional life, you can follow him on Instagram @loganhuntzberger. As of January 2021, he has 16.1k followers.