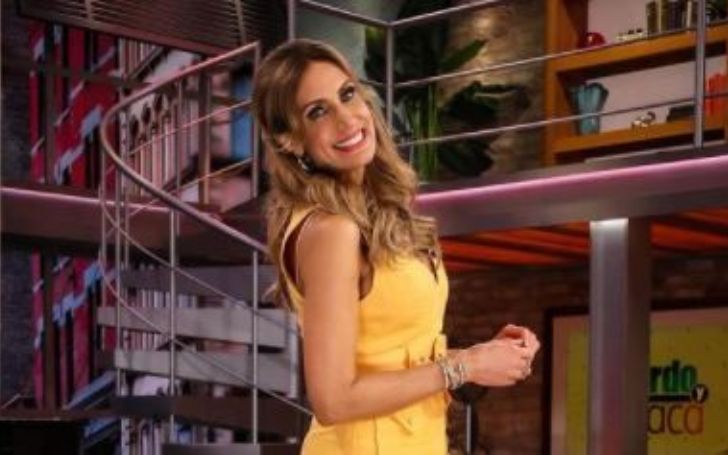 How Old Is Lili Estefan? Who Is Her Mother?

Her mother, Becky Garcia died when she was only 10 years old. Immediately after that, she along with her father, José Estefan, and brother, Juan Emilio Estefan moved to the United States. Talking about her other relatives, she is the niece of Emilio Estefan Jr. and Gloria Estefan (both musicians). Her cousins are Nayib Estefan (actor) and Emily Marie Estefan (singer).

Career Highlights: What Is Lili Estefan Net Worth?

Lili worked on her own and struggled hard to establish herself despite she had popular stars in the industry. She grabbed the opportunity offered by Univision and participated as a model in ‘Sábado Gigante’. Co-hosting the show from 1986 to 1998, she got a big break from the show instantly winning the heart of audiences as well as the host, Don Francisco.

Estefan is not only known for hosting but also for her acting. She lent her voice in Ice Age: The Great Egg-Scapade. Also, in 2019, she portrayed the role of a reporter in the movie Zombieland: Double Tap alongside Woody Harrelson, Emma Stone, and Zoey Deutch.

Professional since 1986, the multi-talented star has so far 5 acting credits and 22 self credits under her name. As per Celebrity Net Worth, Sábado Gigante famed Lili Estefan is worth $10 million in 2022.

Who Is Lili Estefan Husband? Does She Have Children?

El Gordo y la Flaca actress was a married woman. Previously, she tied a knot with Lorenzo Luaces. The couple exchanged wedding rings on August 23, 1992. Unfortunately, the duo divorced in 2017.

Lili along with her ex-husband shares two kids. Their son, Lorenzo Luaces Jr. was born on October 30, 1999, while the daughter, Lina Teresa Luaces was born on August 2, 2002.

Scrolling her social media, we could find that she uses her social media to update her fans sharing posts related to her personal as well as professional life. Also, she makes a good sum via her Instagram from her sponsorships and endorsements.

According to Influencer Marketing Hub, the multi-talented Lili earns around $6,540 – $10,900 per promotional post with an engagement rate of 0.54%.