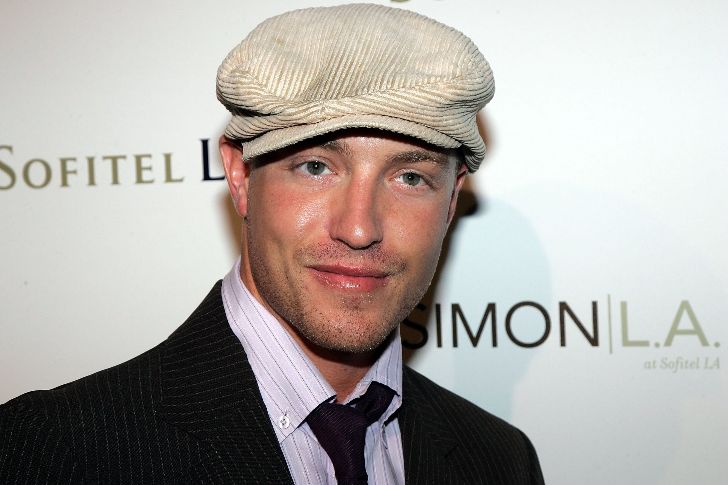 Garrison had the troubled relationship with his mom, due to this reason, he moved to the family minister, Joe Simpson,and lived with the Simpson family for a year.

Back in 1998, Lane graduated from J.J. Pearce High School.

Breakthrough With Prison Break: His Worth in 2021

Lane Garrison started his career appearing in the television game show The Dating Game in 1998. The next year, played in the film 4 Faces.

Finally, in 2005, Garrison got his break with the television series drama Prison Break alongside Dominic Purcell, Wentworth Miller, Peter Stormare, and Inbar Lavi. In the show, he portrayed David “Tweener” Apolskis and appeared in 14 episodes in one year on the set.

Moreover, he is also a part of movies and TV shows like Shooter, Crazy, Camp X-Ray, The Iron Orchard, The Divorce Party, Bonnie and Clyde: Dead and Alive, Better Call Saul, NCIS, Messengers, and Roots.

Professional since 1998, Lane Garrison has an estimated net worth of $100,000 as per the Celebrity Net Worth.

The 40-year-old Garrison is happily married and the father of two children. He exchanged a wedding ring with Mary Kaitlin, however, the details of their marriage are not available. Together, the couple has two children, daughters, Linden Rose Garrison ( born2018) and Livie Kate.

Previously, Lane was dating an Actress actress, and singer Kristin Chenoweth. Later, the duo broke up in 2006. Likewise, he was also in a relationship with Ashley Mattingly.

Lane was officially charged with vehicular manslaughter, drunken driving, and providing alcohol to a minor after a crash by the L.A. Country District Attorney’s office. During the car crash, 17-year-old Vahagn Setian was killed who was his passenger.

Later, on October 31, 2007, Garrison passed judgment on to 40 months in prison following a guilty plea – entered in May 2007. He was under the influence with a higher and providing alcohol to a minor.

After that, Lane came out from jail in April 2009 for good behavior. Then, he went into rehabilitation center to stop his alcohol and drug habit.