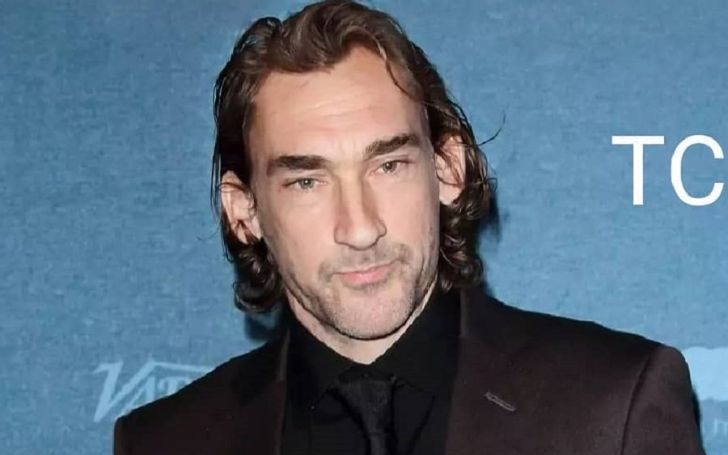 Joseph Mawle is an English actor who is best known for his portrayal in Game of Thrones as Benjen Stark. Also, he is famous for his work in Ripper Street, Birdsong, The Passion, and Troy: Fall of a City.

Joseph Mawle was born as a Joseph Daniel Turner Mawle on March 21, 1974 in Oxford, Oxfordshire, England. He was raised alongside his two siblings  from a family with a history of farming. His father Richard is a farmer and mother was a  secretary.

While he was studying on the outskirts of Stratford-upon-Avon, he was diagnosed as severely dyslexic. From the age of 13 to 16, he was sent to a boarding school for special needs. Later on, in 2002 he graduated from Bristol Old Vic Theatre School.

Joseph mawle is not fully deaf. He cannot hear 70 percent.

The actor has never prefer to talk on his relationship matter and also never been spotted with any lady.

Appeared in Game Of Thrones

Joseph Mawle made his appearance in the American fantasy drama television series, Game of Thrones from which he received huge limelight. He appeared in its 6th episode in 2016 and 2017 as Benjen Stark.

While talking about his acting career, he has more than 55 acting credits in his name and still adding. He first made his appearance in the TV Mini-Series named Merlin as a Village Man.

His career started getting notable after he was cast in the TV series named Sir Gadabout, the Worst Knight in the Land. Some of his other notable work includes Dunkirk, True Horror with Anthony Head, Dalziel and Pascoe, The Passion, The Street, Five Daughters, Birdsong, The Tunnel, The Last Panthers, Game of Thrones, MotherFatherSon.

As of now he is busy filming TV series named The Lord of the Rings. Also he is all set to appear in The Last Planet.