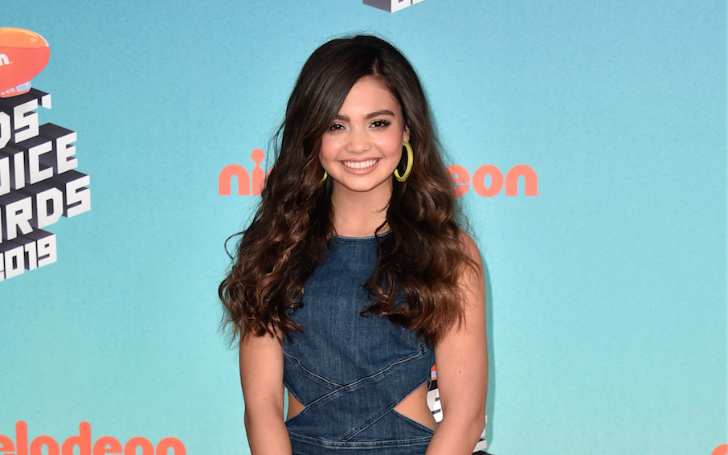 Siena Agudong is an American child actress who is very famous for her appearance in Nickelodeon’s Nicky, Ricky, Dicky & Dawn and in TV Land’s Teachers. Her career got a big break after she was cast in the ABC crime drama Killer Women as Lulu Parker.

Siena Agudong was born on August 19, 2004, in Kauai, Hawaii, the U.S under the birth sign Leo. Her middle name is Nicole. She is the daughter of Karen and Kenneth and was raised alongside her older sister, Sydney. She is of American nationality and belongs to mixed(Hawaiian, Filipino, and European) ethnicity.

Regarding education, she joined King Kaumuali‘i Elementary School and Island School. Later on, she started online school for her acting career.

What is Siena Agudong net worth?

Siena Agudong started working as a actor in 2013 and has been earning a decent amount of worth. As of 2021, she has a net worth of $250 thousand. In the USA, the average salary of the actor is around $58,580 per annum, so she also might be receiving her salary in the same range.

She started her career as a actor in 2013 from her appearance in the movie named Second Chances as Mindy. The following year she was cast in the TV series named Killer Women from which she received huge limelight. In the series, she has shared screen alongside Tricia Helfer, Marc Blucas, Alex Fernandez.

After this, she was seen in movies and series such as Alex & Me, Nicky, Ricky, Dicky & Dawn, Teachers, Sydney to the Max, Hawaii Five-0, Upside-Down Magic, Raven’s Home and Let Us In.

How did Siena Agudong became famous?

Siena Agudong became famous after she was cast on the 2014 series named Killer Woman as Lulu Parker. She even received more limelight after she became the part of  Nickelodeon show, Nicky, Ricky, Dicky, and Dawn for 3 years.

Who Is Siena Agudong Dating?

Siena Agudong wo is just 16 years old doesn’t seem to be involved in any kind of love affairs as of now. She seems to be much focused on her career and study.

She is active on Instagram where she ahs more than 401k followers.