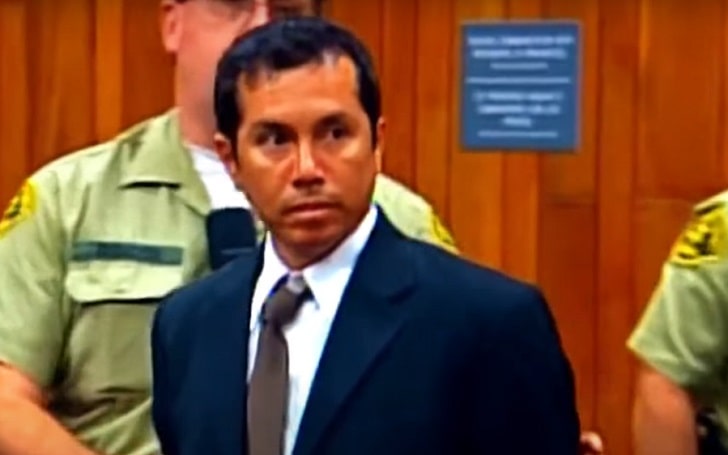 Jose Trinidad Marin is a Mexican native who rose to prominence marrying American singer-songwriter Jenni Rivera. He was the man behind one of the most brutal and nasty abuse scandals of all time.

Jose Trinidad Marin was born in Mexico on February 15, 1964. He spent his early age in his native land and later moved to the United States of America. So, he holds the dual nationality of Mexican-American. As of 2021, Marin’s age is 57 years old.

Marin falls under the zodiac sign Aquarius. His height is 5 feet 10 inches. Moreover, he got recognition from people after being recognized as the husband of late singer Jenni Rivera.

Marital Life: Details On His Children

Marin and Rivera got married in the year 1984. The couple was very young at their marriage as Marin was 20 years old and Rivera was 15 years old.

And during that time, Jenni was already pregnant with her first child and gave birth to Janney in 1985. Janney is widely famous as Chiquis.

On November 20, 1989, the couple welcomed their second daughter, Jacqueline Rivera. After that, their third child, Michael Rivera, was born on September 11, 1991.

Meanwhile, Marin physically assaulted his then-wife Rivera. After many years of mental torture, Rivera filed for divorce in the early 90s, and it was finalized in 1992. And the custody of her three kids was given to Rivera. It was also reported that Jose was physically exploiting Rivera’s sister Rosie and his daughters.

After around a year of legal battle, he was found guilty of abuse and sentenced to 31-years to life in prison. Apart from that, his former wife, Jenni, died in an air accident on December 9, 2012.

And on December 31, 2012, she was buried at All Souls Cemetery in Long Beach, California.

Is Jose Trinidad Marin Out Of Prison?

No, there is no news of his release from prison at the moment, so he is serving his time in jail. However, there were some rumors that he was getting out of prison, but the news was not true.

There are no possibilities of him getting out soon.

Career Details and Net Worth

Marin has worked in different sectors and has gained various experiences. He also served as a restaurant manager, from where he began making a fair sum of money.

Meanwhile, his ex-wife, Rivera, was one of the most loved singers engaged in the showbiz industry. She attended California State University, Long Beach, and received a college degree in business administration.

Rivera worked in real estate before going to work for her father’s record label. She was active in the music industry from 1992 to 2012.

Also, Jenni was one of the richest figures, and since her death in 2012, she has earned a spot on the Forbes Top-Earning Dead Celebrities of 2013, estimated at $7 million.