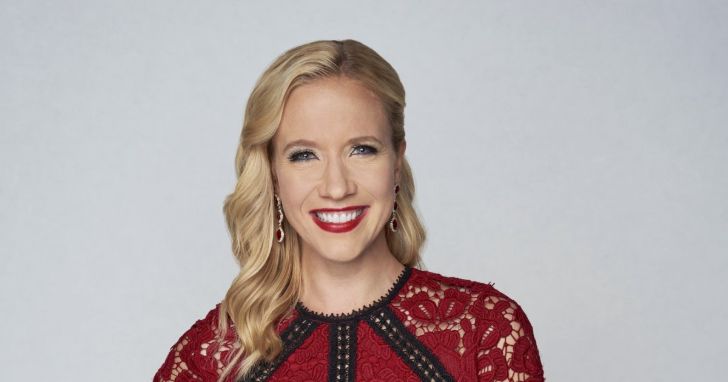 Jessy Schram is an American actress famous as Hannah Griffith in Veronica Mars. She is also known for her performances in Unstoppable, Once Upon a Time, Falling Skies, and Mad Men.

Jessy has been active in the glamour industry since 2004. Initially, she started her journey as a model and has appeared in television commercials for Kentucky Fried Chicken (KFC) and Retin-A Micro.

Later in 2004, she made her acting debut playing Larissa on the television show Drake & Josh. After that, she came to the limelight for playing the role of Darcy Colson in the 2010 film Unstoppable.

Jessy has portrayed the role of Susan Davis on Hallmark Channel’s Jane Doe series of television films. Between 2011 to 2014, she was one of the main cast in the series Falling Skies. She portrayed Karen Nadler on the show alongside Noah Wyle, Moon Bloodgood, Drew Roy, Scarlett Byrne, and Will Patton.

So far, Mad Men actress has altogether 60 acting credits under her name. Jessy Schram has an estimated net worth of $3 million as per the Celebrity Net Worth.

Jessy Schram was born Jessica Schram on January 15, 1986, in Illinois, the United States. Her mother is Kristie Schram while the father is John Schram.

Though Jessy was born in Skokie, she spent her childhood in Buffalo Grove. She has two siblings, a sister, Nicole Schram, and a brother, Jonathan Schram.

Back in 2004, Schram graduated from Buffalo Grove High School. In order to go after an acting career, she later moved to Los Angeles after completing her acting career.

At the moment, Schram is neither single nor married. She is currently dating Sterling Pierce Taylor.

The couple is in a romantic relationship since 2018. The pair officiated about their love life in July 2018 and Sterling made his first appearance on Jessy’s Instagram in November 2018. In the post she shared the picture of them and captioned it,

Happy birthday to my main squeeze. You make my smile lines deeper and heart beat a little faster.

Jessy often shares their lovey-dovey pictures on her Instagram.