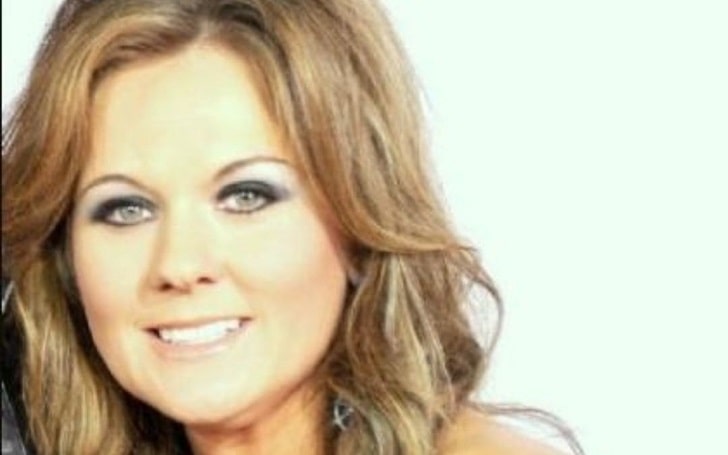 Jessica Aldean is the ex-wife of renowned American country music singer Jason Aldean. She became known to the internet after being in a relationship with Jason. Besides, the former couple cherished their marital life for over a decade. But they got more into the spotlight after the news of their separation made headlines.

Who Is Jessica? Bio & Early Life

Jessica Aldean was born in Georgia to a middle-class American family on October 18, 1979. Her full name is Jessica Ann Ussery. She holds an American nationality, and her age is 42 years old as of 2021. Likewise, the ex-wife of Jason grew up with two siblings, sister Anna Ussery and brother Taloddy Ussery.

Aldean is famous as the ex-wife of a famous county singer Jason Aldean, but there is not much info about her career details. She worked as a finance manager for her ex-husband. Also, Jessica was in charge of the business aspect of her ex-husband’s music career.

Further, she contributed the sum to G. Komen Foundation. And there is no doubt that she had helped Jason in every step of his career.

Apart from that, talented singer Jason has been signed to Broken Bow Records since 2005. He has worked with numerous renowned artists such as Tyler Farr, Eric Church, Colt Ford, Michael Knox, etc.

The multi-talented singer has been in the music industry for a long time, and many people have admired his songs. Similarly, the county singer has also appeared in CMT Crossroads with Bryan Adams (2009), Sweet Vengeance, etc.

Jason has also been honored with multiple awards for his outstanding work, including CMA Awards, Billboard Touring Awards, and American Country Awards.

Everything On Her Marital Life

Unfortunately, the former duo got separated in 2013 after living a blissful life after 12 years. The reason for as Jason was cheating on her with American Idol Contestant Brittany Kerr, and he allegedly got caught kissing her.

And their separation also made headlines on the internet and grabbed many people’s attention. After her divorce from Jason, she moved on and tied the knot with Jake Marlin, who is an electric lineman.

They exchanged the wedding vows on October 17, 2015, in Florida, United States. There is no news of their separation, so the lovebirds are leading a joyful life.

The American ex-wife celebrity might have enjoyed a lavish life with a huge net worth of her ex-husband, $80 million. He has earned massive money from his work as a singer, songwriter, and producer.

However, there is no data of Jessica’s earnings, but she might have collected a decent fortune. The average salary of a finance manager is $108,475 per year in the United States. She formerly worked as the finance manager for he ex-husband.