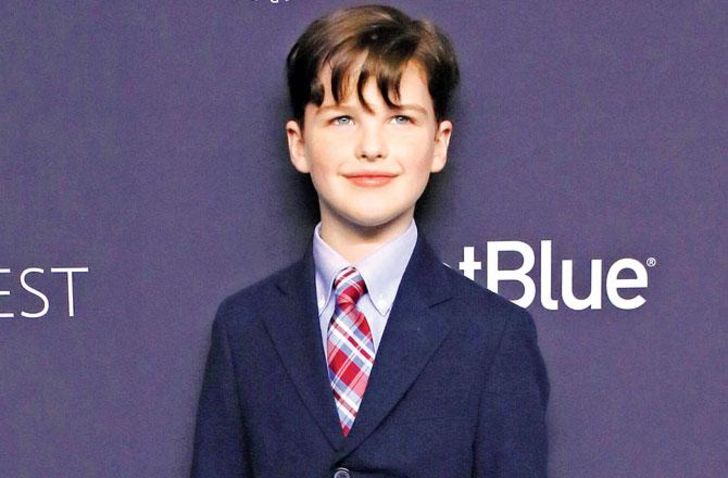 Iain Armitage is an actor best known for playing the role of Ziggy Chapman in the drama TV series, Big Little Lies (2017-2019). Likewise, he is also famous as Sheldon Cooper in Young Sheldon (2017-present).

Iain Armitage was born on July 15, 2008, in Georgia, the United States of America. His father, Euan Morton is an actor while the mother, Lee Armitage is a theater producer.

Iaian is an American by nationality and belongs to the white ethnicity. She follows Christianity.

Armitage has been active in the film industry since 2014. He made his acting debut appearing in an episode of the TV series Impractical Jokers.

After that, in 2017, Iain acted as Theo Lachere on the series Law & Order: Special Victims Unit. The same year, he featured in movies and TV shows as The Glass Castle, Our Souls at Night, and I’m Not Here.

Again, in 2020, Iain appeared in the TV series, Nickelodeon’s Unfiltered and Group Chat. The same year, he provided his voice for the Young Shaggy Rogers in the film, Scoob!

Armitage is portraying Sheldon Cooper in the TV sitcom Young Sheldon (2017-present). Currently, he is filming for an upcoming movie, Paw Patrol: The Movie.

Besides that, The Glass Castle actor is a theatre fanatic. He keeps reviewing Broadway shows on his YouTube channel, IainLoves Theatre.

The American child actor has altogether 9 acting credits under his name. Professional since 2014, Iain Armitage has an estimated net worth of $4 million as of November 2020.

Talking about Armitage’s personal life, he is single in 2020. At the age of 12, he is too young to be in any relationship.

At the moment, Iain lives in Arlington, Virginia. He is spending a happy and blissful life with his parents and family.