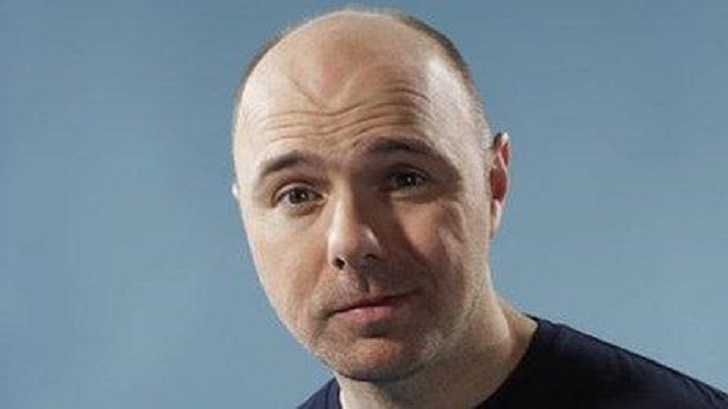 Karl Pilkington is a famous British comedian, actor, and author. The popular TV presenter is best known as the producer of Ricky Gervais and Stephen Merchant’s radio show on Xfm. He officially made his acting debut from the 2012 comedy-drama series Derek followed 2018 dramedy Sick of It. He also podcast the show “The Moaning Of Life” inspired by his book with the same title.

Karl was born on Sept 23, 1972, in the south of Greater Manchester United Kingdom to Alan  Pilkington and Dorothy Pilkington. He has two siblings; both an older brother and a sister; however, has had an estranged relationship with them.

The writer’s childhood was tough as he confessed he had a very unconventional upbringing.

Karl Joined Ashton-on-Mersey School but left early. He confessed that he never really wanted to learn but to earn money.

The comedian is in a long-term relationship with Suzane Whiston. His 51-year-old girlfriend is the BBC producer for Match Of The Day and a British TV journalist. She has covered many major tournaments of football Including the World Cup.

The couple is together for more than three decades; however, have not been married yet and do have a child.

As per Karl, marriage is just a formality for them; they are together for as long as he can remember and he knew that she is his soul mate which is far more than enough. They love each other and it’s not compulsory to be husband and wife.

“I don’t know what difference it would make. You can either have a big wedding and then think: ‘We could have chucked that money at the mortgage,’ or you do it on the cheap at a register office – what’s the point of that?”

They started dating in 1994 and are still going strong. Couple goals!!!!

Networth | How Rich Is Pilkington?

As of August 2021, the famous writer, producer, voice actor has a net worth of $3 million. His net worth includes the income as an actor, comedian, writer, property, production company, house, cars, and many more valuable properties.

The main source of his income is from producing and podcasting. He also does hosting, acting, and writing as a side hustle.

As per Celebrity Net worth, Karl earns a handsome amount of $600,000 per year. Similarly, the Ricky Gervais Show has earned about $100 million and Pilkington earns 10% of all profit from the show.

After struggling for a few years, Karl’s career took a right turn when he moved from Manschester to London and joined XFM as producer. He produced Gail Porters Cry while working there.

Due to his impeccable comedy timing and witty nature, he made himself the prominent podcaster for the show “The Ricky Gervais Show”.

In 2010, he worked on the travel documentary called “An Idiot Abroad”.

He debuted as an actor in the comedy-drama series “Derek”.

Besides acting, he also gave his voice for Vodafone, Unilever, W H Smith, Freeview, Sony PSP, and One Office Shop.

Derek star has also contributed to writing some of the works are “The moaning of Life”, “Happy Slapped By a jellyfish”, “An Idiot Abroad’ and “The World of Karl Pilkington”.

His show has been nominated for Primetime Emmy as well. 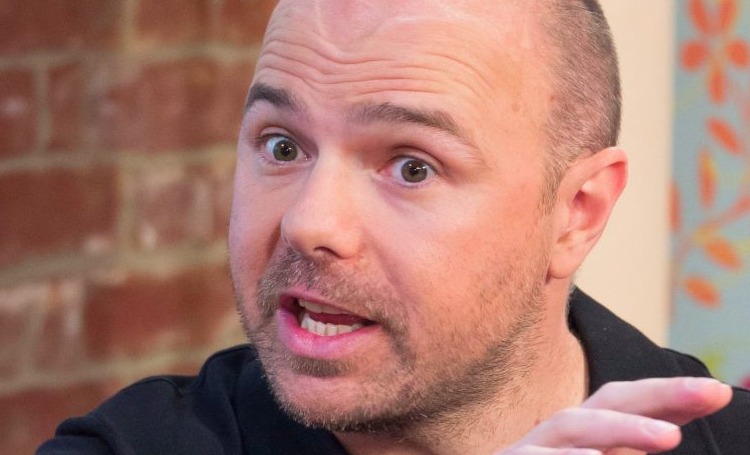 One thought on “How Rich Is Comedian And Actor Karl Pilkington: Age, Height, Wife, Career”