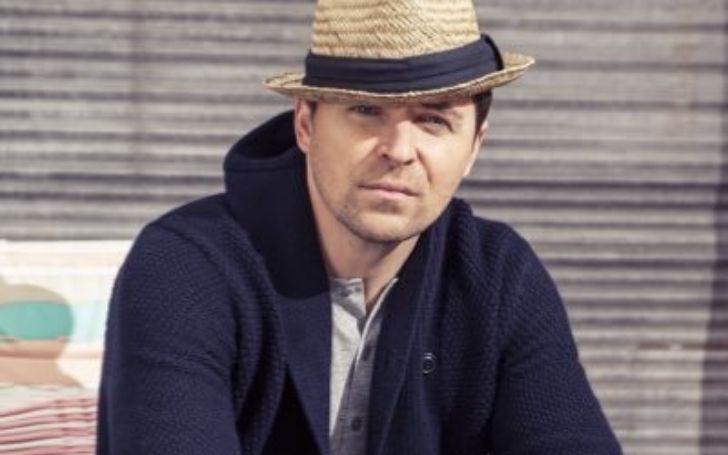 Canadian actor Kavan Smith is prominent among the people for portraying the role of Stargate Atlantis as Major Evan Lorne. Also, Kavan has appeared as Agent Jed Garrity in The 4400, further he also played as ‘Leland Coulter’ in the T.V. series ‘When Calls the Heart.’

Kavan Smith was born as Kavan Joel Smith on 6th May 1970 in Edmonton, Alberta, Canada under the star sign of Taurus. He holds Canadian nationality and belongs to white ethnicity.

You Also May Like: Who Is Stephen Huszar Dating? His Net Worth, Career, Age & Height

Also, Kavan was raised in Edmonton, Alberta by his parents although at a young age Kavan’s parents divorced and were parented by his father. Talking about his parents he is the son of June Hawk(mother) however more information about his father is still to be disclosed.

Concerning his education, he attended the University of Calgary for a year and a half. Soon after that, he then joined the Mount Royal University to complete his performing arts.

Talking about Smith’s relationship, Kavan is happily married to Pascle Hutton. Further, the couple first met each other when Kavan was doing volunteer work at a treatment center. Also, the couple is blessed with two children. Besides that, the duo is currently resided in Vancouver and living their lives blissfully.

However, the couple seems to keep their deep love life secret to the media and the public. So, we can presume that the couple is happy and do not want to disclose their personal life.

Till now the couple is also not seen on any type of rumors and controversies related to their divorce and separation which shows they are happy with each other’s company and are also fulfilling their parenthood together.

Kavan Smith officially began his career in the acting field in 1993, further, he was also offered to star as the lead role in ‘Destiny Ridge.’ Also, he portrayed the role of Major Evan Lorne in Stargate: Atlantis and in Stargate SG-1 for two episodes.

Later, he also appeared as guest-star in numerous T.V. shows like Sanctuary, Supernatural, Tru Calling, Smallville, Human Target, Outer Limits, and The Twilight Zone. Apart from that, Kavan is also well-known for portraying the role of Deputy Andy in the Sci-Fi series Eureka.

Additionally, Kavan was also the part of another Sci-Fi adapted movie Red: Werewolf Hunter alongside Felicia Day. Also, the movie was altered from the modern dark story of Red Riding Hood. Besides, in 2010 Kavan was offered the recurring role in the Sci-Fi altered movie ‘Metal Shifters’.

From his longtime his career, he has collected the net worth of $1 million as of 2021.