Who Is Stephen Huszar Dating? His Net Worth, Career, Age & Height 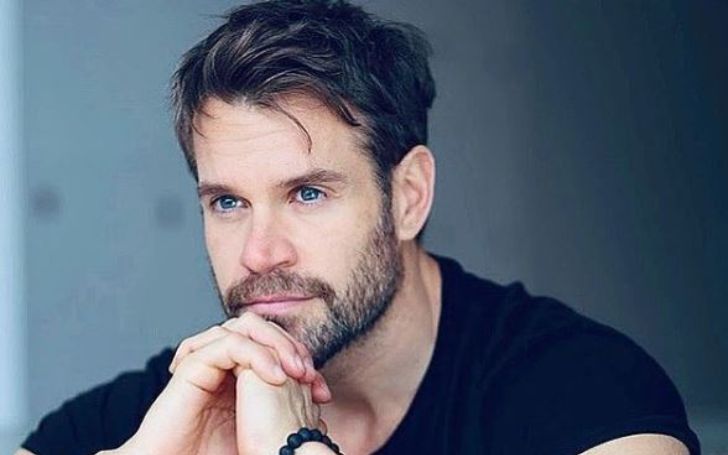 Stephen Huszar is a Canadian actor who received huge limelight from his appearance in the TV series named Letterkenny as Yorkie. Also, he is known for her work in the movies and series such as Cashing In, Shadowhunters: The Mortal Instruments, Supernatural, and iZombie.

Stephen Huszar was born under the birth sign Aquarius on January 24, 1974, in Saskatoon, Saskatchewan, Canada. He is of Canadian nationality while her ethnicity is missing.

You Also May Like: Who Is Tamara Taylor? What Is Her Worth As of 2021?

Regarding education, he completed his schooling at Aden Bowman Collegiate. Later on, he joined the University of Saskatchewan from where he did a bachelor’s degree in B.Comm Field and Finance.

What Is Stephen Huszar’s Relationship?

The 47-years-old, Stephen Huszar is very secretive nature personal when it comes to sharing about her personal life.

Once he was linked with Canadian actress Elyse Levesque. The rumor of their dating started after Elyse posted a picture of them together on Instagram.

However the pair ahs never prefer to speak single word on it. Due to his secretive personal life, may of the public has speculated him to be as a gay but it is yet to be confirmed.

Stephen Huszar was a net worth of $300 thousand as of 2021 from his career as a actor since 2004. In Canada the average salary of actor is around $41,438 per year, is he also might be getting paid her salary in same range.

He made his acting debut in 2004 from his appearance in the TV movie named The Cradle Will Fall as Paramedic. Following years he was cast in the movie named Caught in the Headlights as Officer Duncan Finney.

Some of his notable work includes Dark Storm, This Space for Rent, It Was One of Us, Paradise Falls, Corner Gas, 12 Men of Christmas, Time after Time, Faces in the Crowd, Fringe, Continuum, The Guerilla Picture Show, Rush, Aurora Teagarden Mysteries, Shadowhunters: The Mortal Instruments, Magical Christmas Ornaments, Return to Christmas Creek, A Homecoming for the Holidays, Letterkenny, Ruby Herring Mysteries: Prediction Murder, Time for Us to Come Home for Christmas, Cooking Up Love.