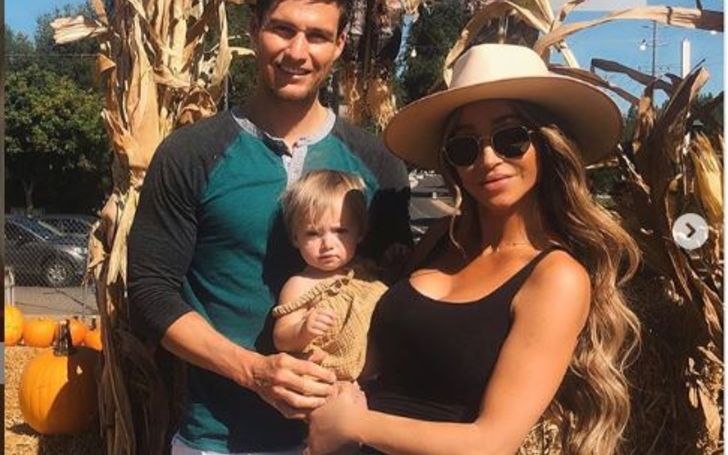 Haley Giraldo is an American social media influencer. Her social media posts are mostly lifestyle and fashion-related content. What most interesting about her is that she is the daughter of a renowned American singer and actress Pat Benatar.

While her mother is a singer, songwriter, and actress, her father is a musician by profession. Besides, her father also a film score writer.

Likewise, she also has a sibling, a younger sister Hana Giraldo, who is also an actress and a singer by profession. Not only this but her sister is also the founder of a fashion line RiptLA.

She is an Influencer and Actress

Haley is a successful social media star. She is primarily active on Instagram. As of May 2020, she has over 137k followers on her Instagram.

Well, besides Instagram, she has also appeared in some minor roles on TV shows. In 2003, she appeared in an episode of Hollywood Squares.

Similarly, she also has her hands in music and is active with a band named Glo along with its members Erin Potter and Molly Torrence.

She is Married to Matt Williams

Haley is a married woman. She is married to Barry’s Bootcamp instructor and a model Matt Williams. The duo was engaged in May 2016, and a year later on 17th July 2017, they got married in a private wedding ceremony.

The couple also has a child from their relationship. They welcome their daughter Stevie James Williams on 25 August 2018 and the family together resides in Los Angeles.

Prior to her marriage with Matt, she was in a rumored relationship with One Direction singer Harry Styles. The two reportedly met at the concert in 2013 and since began dating. Well, despite all the allegations, the duo never admitted their relationship.

As per the close source, the rumor was said to be fake as  Harry was dating Kendall Jenner at that time.

Read About: Phylol Age, YouTube, Net Worth, and Girlfriend

What Is Haley Giraldo’s Net Worth?

On the other hand, her mother has a $40 million net worth and her father has $5 million.