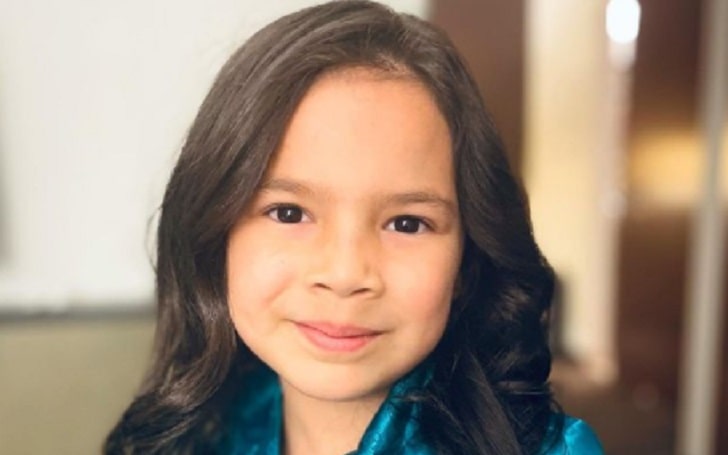 Everly Carganilla is a young American actress who is already setting the entertainment world by storm. The seven-year-old girl is popularly known for her role as Ellie Torres in the Netflix show Yes Day. The show premiered on Netflix and was released on March 12, 2021.

Carganilla was born as the first child of her parents, Paul Carganilla (father) and Jamie Carganilla (mother), on May 20, 2012. The 7-years-old actress was born under the Taurus birth sign, holding an American nationality. Currently, she is based in California, residing with her family. Besides, the actress grew up together with her brother Noah Carganilla.

The child actress calls her great-grandmother, Nani, who is from Mexico. She also has some Mexican descent. The Yes Day star is a kindergarten student and her first day in school was on August 21, 2019. Not only acting, but she can also play piano and wants to learn karate.

The young talent, Carganilla, has been in the showbiz industry for more than five years. Everly landed her first big role in the television series Jane The Virgin, where she worked with renowned figures like Fabiana Udenio and Eboni Nichols. For some years, she took a break, and in 2021, she played the part of Kimberly Kane in the movie, The Haunted Man. Furthermore, she got into the spotlight after appearing in Yes Day. She is known for portraying the character of Ellie Torres.

Carganilla starred in The Chair, whose creators are Annie Julia Wyman and Amanda Peet. In the respective series, she can be seen as Ju-Hee. Further, Everly got a chance to work in the television series That Girl Lay Lay as Cartier. She also played the character of Maddie in a short film, Bud. Meanwhile, Yes Day alum is working on her new called The Afterparty, which will be released in 2022. The upcoming American murder mystery comedy streaming television series is created by Christopher Miller.

Carganilla began working in the entertainment industry at a very young age. Some sources say she has a net worth of at least $100,000. As she has starred in numerous big-budget movies, Carganilla has surely received a decent fortune to her name. In the United States, an actor or actress makes around $50782.

Besides earning as an actress, Carganilla also makes money from sponsorship and endorsement deals. Everly has a decent fan following on her Instagram handle, where she is registered as @everlyeverywhere gaining over 10k followers. In the future, young talent might make money from sponsored posts.