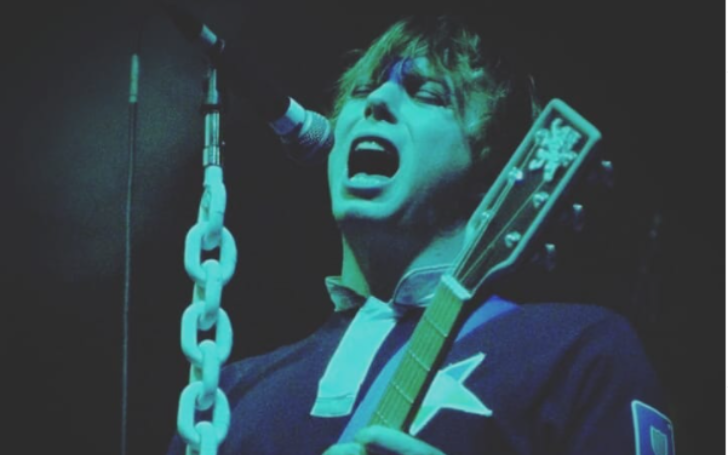 Elijah Blue Allman a.k.a. P. Exeter Blue is an American musician who is currently the lead vocalist, guitarist of the metal band Deadsy. Allman is also recognized as the son of American singer Cher and her second husband Gregg Allman.

Allman went to Hyde School located in Bath, Maine, and graduated in 1994. He grew up alongside his siblings Chaz Bono, Delila, Michael, Layla, and Devon Allman.

When & How Did Allman Begin His Career?

The 45-year-old began his professional career in 1995 and released his debut studio album Deadsy with songs like Lake Waramaug, The Elements, Future Years, From Beyond, and others.

He then released his second studio album Commencement with DreamWorks. The album sold more than 175,000 copies as of May 2008 and peaked at #100 in Billboard 200.

Similarly, his third studio album Phantasmagore was released in 2006. The album includes hit singles like Paint It Black, Razor Love, Carrying Over, and Asura.

According to Celebrity Net Worth, Allman has a net worth of $10 million as of 2021. In the United States of America, the average salary of a musician ranges from around $36,698 to $46,858 annually.

Deadsy singer is married to an English pop/hip hop singer Mariangela King of the band KING. She is the sister of Jazzy and Ruby King from the British pop duo Blonde Electra.

The lovers dated for a while and got engaged on 25th November 2013. Likewise, they got married on 1st December 2013 in Beverly Hills amidst family and friends.