Payne is 59 years old as of now; he was born on September 15, 1960, in the United States. He has not gone into details about his parents and siblings. Nonetheless, as per his bio in IMDb, he grew up in the Harlem neighborhood of New York City, in a single-parent home.

At the age of 17, he enlisted in the United States Air Force, later serving as a security policeman stationed at Minot Air Force Base in Minot, North Dakota. He attended Minot State University and Central Texas College during his time in the Air Force.

Charles Payne has a net worth of $10 million, according to Celebrity Net Worth. Moreover, he receives a salary of $5 million annually for his work on the Fox Channel. Payne began his career as an analyst at E.F. Hutton on Wall Street in 1985.

He founded a stock market research firm, Wall Street Strategies, in 1991 and assumes the position of chief executive officer and principal financial analyst. The 59-year-old joined Fox Business as a contributor in October 2007. He became the host of his Making Money with Charles Payne in 2014.

Besides, he also serves as a contributor to Fox News Channel (FNC) and makes a frequent appearance on several shows such as Your World with Neil Cavuto and Fox & Friends. Payne has also authored a book titled “Be Smart, Act Fast, Get Rich: Your Game Plan for Getting It Right”, which released in May 2007.

Who is Charles Payne married to?

Payne is married to Yvonne Payne since March 2004. Payne received a heart transplant in 2012, donated by child actress Sammi Kane Kraft‘s parents following her tragic death in a car crash at the age of 20. 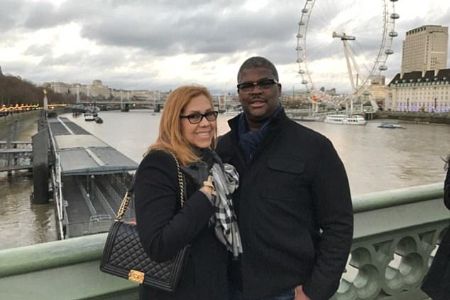 Yvonnne joined the NJ Sharing Network Foundation Board of Trustees in 2014. The foundation was established in June 1987 and is “responsible for the recovery and placement of donated organs and tissue for those in need of a life-saving transplant”.

The couple shares two children together; a daughter, and a son, Charles Payne, born in 1996. The 59-year-old became a grandfather in October of 2012. Charles and Yvonne reside in Teaneck, New Jersey.

In July 2017, Fox Business suspended Payne after a former network guest, Scottie Nell Hughes, accused him of rape. Hughes alleged that the 59-year-old had coerced her into a three-year affair.

While Payne acknowledged having an affair, he denied the claims of threatening the 40-year-old news anchor with ‘reprisals’ to continue the affair with him. The network lifted the suspension on September 8, 2017.