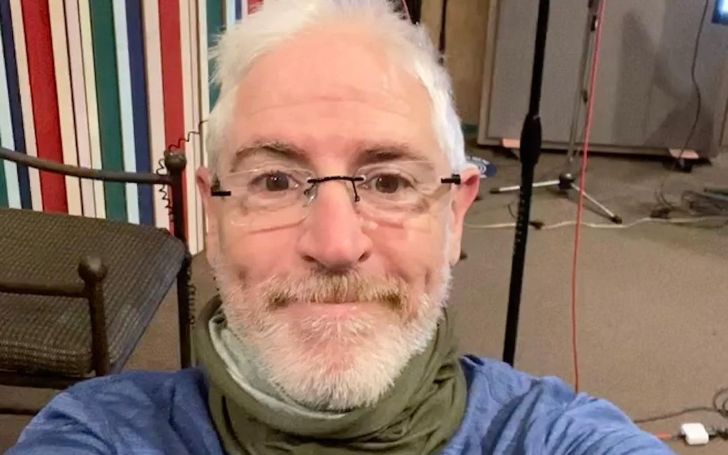 Carlos Alazraqui is an American actor, comedian, voice artist, producer, screenwriter, and stand-up comedian. He is very famous for his appearance in the American comedy television series, Reno 911! as Deputy James Garcia. His voice-over includes Rocko and Spunky on Rocko’s Modern Life, Mr. Weed on Family Guy, Bobbi Fabulous on Phineas and Ferb, and Skylar in Elena of Avalor.

Carlos Alazraqui was born as Carlos Jaime Alazraqui on July 20, 1962, in Yonkers, New York, the U.S under the birth sign Cancer. He is also known as Dennis O’Connor. He is of American nationality and belongs to mixed ethnicity.

When he was in his young day she moved to Concord, California, along with his Argentine parents.

Regarding education, he completed his graduation from California State University, Sacramento from in 1986. While he was in college days she competes in open mic contests and was able to win the contest.

The 58-years-old, Carlos Alazraqui is a married man. He has shared the wedding vows with Laura Malain in 2010. However, the detail on their wedding day and love life is missing as they have failed to share it.

Together they have shared two kids and both of them are daughter. The family of four currently reside in Los Angeles, California.

Carlos Alazraqui has been active in the entertainment industry since 1982 and has more than 360 acting and voice-over credit in his name and still adding on it. As of 2021, his net worth is calculated to be around $4 million.

Professionally he started his career as a voice-over artist in series named Tiny Toon Adventures for the role of Policeman. Following this, he has worked as a voice artist for several movies and series such as Aaahh!!! Real Monsters, What a Cartoon!, Top Gun: Fire at Will, Men Behaving Badly, Cow and Chicken, All Dogs Go to Heaven: The Series, The Life & Adventures of Santa Claus, SpongeBob SquarePants: Sea Stories, Jimmy Neutron: Win, Lose and Kaboom, The Proud Family Movie, The Fairly OddParents in Fairy Idol, The Life and Times of Juniper Lee, Wow Wow Wubbzy.

As of now, he is busy filming his upcoming project named Untitled Cars Project and Road of Vengeance.

You also may like: Who Is Tess Haubrich? Her Age, Height, Movies, Career & Net Worth