Michael Imperioli Net Worth 2022: How much does he Earn from Movies and TV Series? 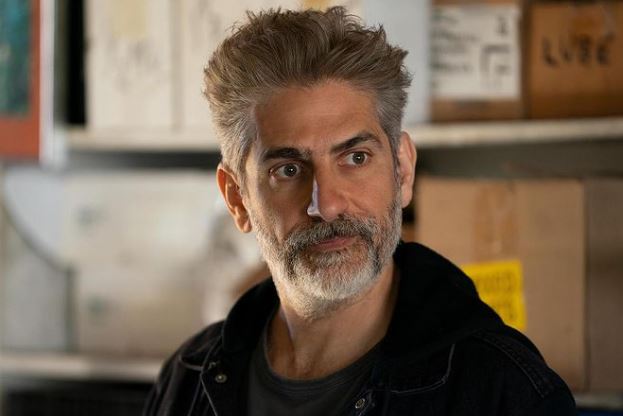 Michael Imperioli, an American actor, writer, director and musician, is best known for his role as Christopher Moltisanti in the HBO crime drama The Sopranos.

Having starred in around a hundred movies and TV series, he is also popular for portraying supporting roles in Jungle Fever, Bad Boys, The Basketball Diaries, Shark Tale, and The Lovely Bones.

Imperioli has been having a glorious career since 1985 which has generated him millions of dollars. What’s his exact net worth? How much does he earn per episode from TV series?

How much is Michael Imperioli worth in 2022?

The American actor has earned millions of dollars from his works in the television industry. His net worth is estimated to be $20 Million.

Michael is a popular face in the television series these days and has quite a busy schedule. He reportedly earns around $200 thousand per episode from the TV series.

Imperioli’s annual income could be around $4 Million while the average income of the actors in the United States is estimated to be $50782.

He has been making enough money as an actor and also makes additional earnings as a writer, director, and musician.

Despite being a million and worth $20 Million, Imperioli lives a very normal life and daesn’t flaunt expensive materials.

Salary from Movies and TV Series

Aforementioned, Michael Imperioli’s salary per episode from TV series is $200,000, and earns around $100,000 from his movie appearances.

Heis most popular role as Christopher Moltisanti in the crime drama series The Sopranos got him a paycheck of $200 thousand to $500 Thousand per episode. He made millions from the show working from 1999 to 2007.

The Life on Mars star also appeared in several other TV series like Law & Order, Detroit 1-8-7, Californication, and Mad Dogs and earned a handsome amount.

Michael Imperioli, who is married to Victoria Imperioli, has other additional sources of income as he is also a writer, producer, and musician. He has released four books Woke Up This Morning: The Definitive Oral History of The Sopranos, The Perfume Burned His Eyes, Wild Side, etc.

The books are also available online and cost around $20 per piece. He has made some money from his book sales.

Moreover, he is also a musician and is the guitarist and vocalist for the band Zopa. The band has also released an album through woch they might have made some earnings.

Likewise, Michael has advertisement deals and can be seen promoting products on Instagram where he has around 216k followers. He also earns some money working in the commercials.

Imperioli might have invested money in business ventures but the information about it is not available.