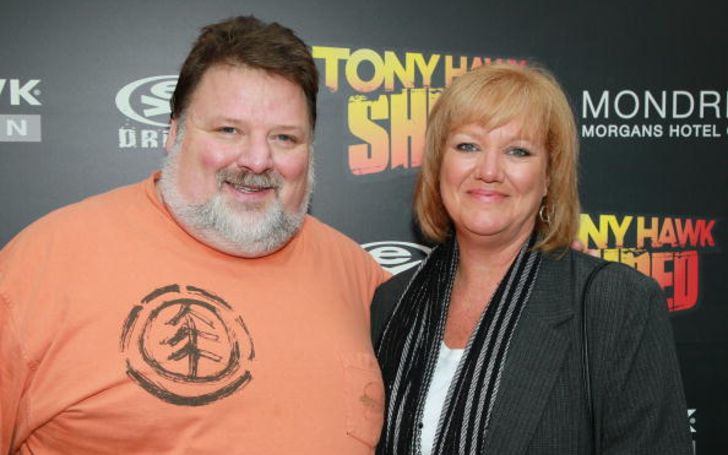 Phil Margera is an American reality TV personality who is best known for appearing on Viva La Bam and Jackass television series and movies. He is the father of skateboarder, Bam and singer, Jess Margera.

Phil Margera was born on July 13, 1957, in Concordville, Pennsylvania, US, as the second son of parents, Phillip and Darlene Stauffer Margera. His mother passed away on June 16, 2007.

He was born as the second son of seven children. One of his brothers is named, Vincent ‘Don Vito’ Margera. Margera grew up in Concordville before moving to West Chester. He has American nationality however, he belongs to Italian ethnicity.

Phil Margera is a married man. He walked down the aisle with the love of his life, April Cole Margera in 1976. He met April after he moved to West Chester.

During his 44 years long marital relationship, he welcomed two kids, both sons, Jess and Bam Margera. Jess is a musician known for being the drummer of West Chester-based rock band, CKY. As for Bam, he is a skateboarder and stunt performer. He is also a TV personality and filmmaker.

Phil Margera has earned an estimated net worth of around $3 million as of 2021. He earned his worth from his career as a reality TV star.

Margera started his career as a baker before transitioning his career into the entertainment industry. His first appearance was in his son, Bam’s production, CKY video series. He was also the main cast of Viva La Bam.

Phil also appeared on the second season of VH1 series, Celebrity Fit Club. During the beginning of the show, he was 353 pounds. However, at the end of the season, his weight came down to 312 pounds as he lost 41 pounds.

Phil Margera is married to his wife, April Cole.

What is Phil Margera’s Net Worth?

How Old is Phil Margera?