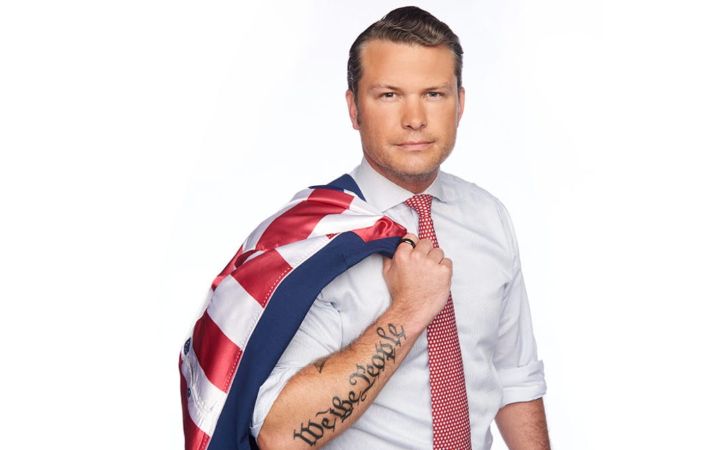 He attended Forest Lake Area High School in Forest Lake, Minnesota, and earned his BA from Princeton University in 2003. Pete received a Master in Public Policy from Harvard University’s John F. Kennedy School of Government in 2013.

While Pete’s net worth has not been revealed, it is estimated to be over $500,000. He joined Fox News Channel as a contributor in 2014 and currently serves as a co-host of FNC’s Fox & Friends.

He has provided analysis and commentary across the network’s programs. Recently, Pete co-hosted FNC’s All-American New Year special. Besides, the 40-year-old has appeared on numerous CNN, MSNBC, The Blaze, and C-SPAN programs.

Pete is also a frequent contributor to National Review Online and has written multiple columns in the Wall Street Journal and Washington Post. The former Army National Guard officer served as executive director of the political advocacy groups Vets For Freedom and Concerned Veterans for America.

Pete is married to Jennifer Rauchet, Fox executive producer, since August 16, 2019. Together, they have a daughter, Gwen Hegseth, born in August 2017. He is also step-father to Jennifer’s three young children. 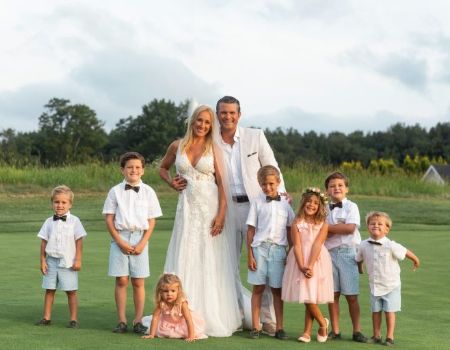 From his marriage to second wife Samantha Hegseth, Pete has three sons: Boone Hegseth, Gunner Hegseth, born on June 13, 2010, and Rex Hegseth. Samantha and Pete married in 2010 and divorced in 2017.

Hegseth separated from his first wife, Meredith Schwarz, in 2009. They had tied the knot in 2005 and stayed together for four years.