Who is Jillian Mele? Age, Bio, Parents, Net Worth, & Relationships 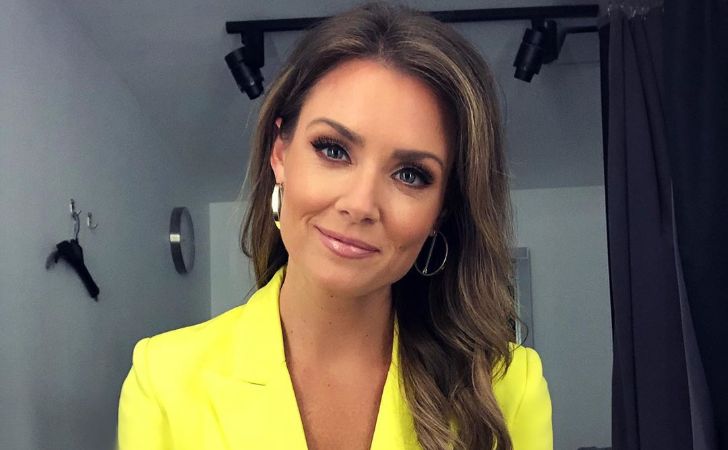 Jillian Mele is an Emmy-winning television reporter and news anchor. She currently serves as a co-host of Fox News Channel’s Fox & Friends First.

Jillian is 37 years old as of now. She was born on September 17, 1982, in Philadelphia, Pennsylvania, to Tom Mele and Roseanne Zlemek Mele. Jill spent her formative years in Glenside, Pennsylvania, and has a younger brother.

What is Jillian Mele’s Net worth?

Mele has a net worth of $900,000, as per various online sources. She joined Fox News Network in March 2017 and now serves as co-host of FNC’s Fox & Friends First. Additionally, she is the headlines reporter of the channel’s morning show franchise, Fox & Friends.

Before joining FNC, Mele served as the co-host of CSN Philly’s morning sports talk show called Breakfast on Broad, later earning an Emmy Award for her work. She received her first Emmy in 2014 while working in NBC 10, for her work on a show about the Olympics.

Jillian had joined NBC 10 in 2007 and spent seven years there working as news, sports, and traffic reporter. Furthermore, the 37-year-old served as a sports anchor in Presque Isle, Maine, and the WIVT-TV in Binghamton, New York.

Mele appears to be unmarried as of now. She prefers keeping her love life under wraps, so her past and current relationship status remain shrouded in mystery.

On one rare occasion, the 37-year-old did spill the beans about her special someone via her Twitter account in response to a comment. Mele wrote, “I have a boyfriend but thank you” in May 2016. However, she has not disclosed any further information since then. 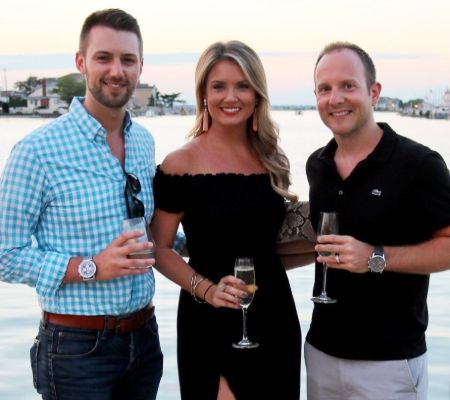 Jillian Mele with her colleagues

Nonetheless, Jillian sometimes shares her younger brother and his partner’s pictures on her Instagram, referring to them as her brothers. You can follow Mele on Insta at @jillianbmele to know more about her personal as well as professional life.

The former Fox & Friends First co-host announced her departure from the network with an emotional final episode on October 2021. She first joined the Fox & Friends show as a news anchor in 2017 and worked for 4 years.

“This has been the most difficult decision I have made my entire life,” Mele said. “Ultimately, I had to do what was right for me… I’m going to take a little time, focus on my personal life, which I haven’t done my whole adult life, and sleep past 1 a.m. for the first time in 15 years.”

Mele revealed that she has continued her studies and is pursuing an MBA at La Salle University. She was then replaced by Carley Shimkus, who begins alongside co-host Todd Piro.

Former Fox News host recently found a new job after her MBA. She recently announced that she has joined 6ABC as a reporter and anchor on Action News. She will replace the longtime Action News anchor Jim Gardner who recently made his final appearance.