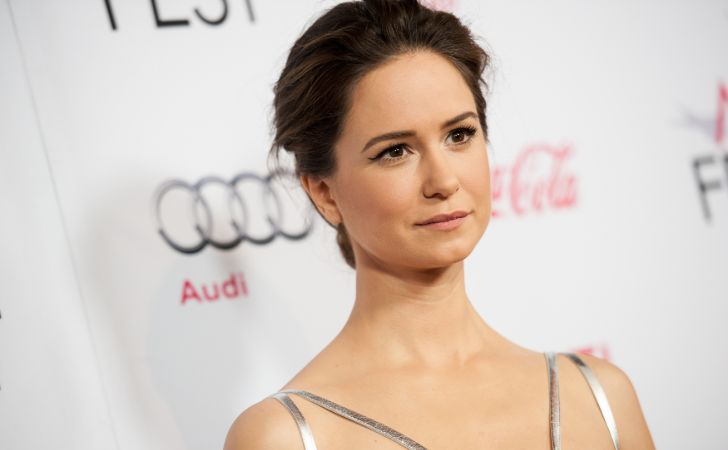 Katherine Waterston is an American actress. She is best known for her roles in Inherent Vice, Fantastic Beasts and Where to Find Them, and Alien: Covenant.

Waterston is currently 40 years old. She was born on March 3, 1980, in Westminster, London, England, UK, to American parents; Lynn Louisa Woodruff, a former model, and an Oscar-nominated actor Sam Waterston.

Talking about her height, Katherine is 5 ft and 11 in (1.8 m) tall. The 40-year-old spent her early years in Connecticut, USA, and is of English and Scottish descent. She has a older sister, actress Elisabeth Waterston and a younger brother, director Graham Waterston.

Her half-brother, James Waterston, is also an actor. Katherine graduated from the Loomis Chaffee School in 1998. She received a BFA in Acting from New York University’s Tisch School of the Arts and is an alumna of Stella Adler Studio of Acting.

Waterston has a net worth of $1 million, as per Celebrity Net Worth. She has been active in the entertainment industry since 2004 and has appeared on numerous television shows and movies. Katherine is also active on stage productions and performed in the play Los Angeles by Julian Sheppard in 2007. She also played the role of Gena in the original Off-Broadway production of Bachelorette in 2010.

Among her numerous films credits, some of the notable ones includes Taking Woodstock, Robot & Frank, Being Flynn, The Disappearance of Eleanor Rigby: Her, Queen of Earth, Manhattan Romance, The Babysitters, Logan Lucky, Alien: Covenant, Amundsen, State Like Sleep, Mid90s, and The World to Come. Waterston garnered significant recognition after appearing as Steve Jobs’ former girlfriend Chrisann Brennan in 2015 biographical drama film Steve Jobs.

In 2016, she co-starred as Porpentina Esther Goldstein in the fantasy film Fantastic Beasts and Where to Find Them, which grossed $814 million worldwide and became the eighth highest-grossing film of 2016. Katherine reprised her role in the sequel, Fantastic Beasts: The Crimes of Grindelwald, which brought in over $654 million worldwide. Additionally, from 2012 to 2013, she played the role of Emma Harrow in HBO’s period crime drama Boardwalk Empire.

Waterston is not married and has no husband as of now. She revealed her pregnancy at the London premiere of Fantastic Beasts: The Crimes of Grindelwald in 2018. The actress is pretty private about her personal life and the identity of the child’s father has been kept under wraps. 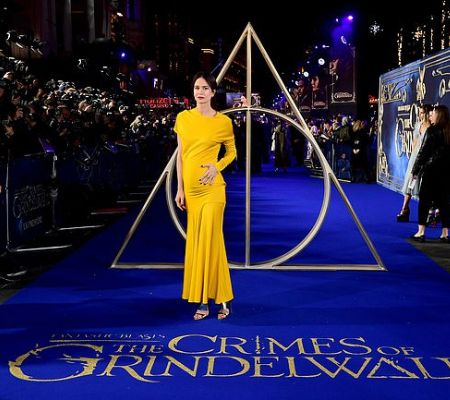 Acccording to IMDb, Katherine gave birth to her first child in 2019 but the gender of the child is not known yet. The 40-year-old was previously in a relationship with playwright and director Adam Rapp for six year.