Charlene McKenna is an Irish actress who rose to prominence with Irish dram mini-series Pure Mule and E4’s Misfits.

Charlene has not gone into detail about her family. Nonetheless, the 36-year-old attended Mater Dei Institute of Education, in Drumcondra, Dublin City, Ireland, where she studied Religious Education and Music.

What is Charlene McKenna’s net worth?

McKenna’s net worth is estimated at $800,000 as of 2020. She started her career in 2005; her breakthrough role went on to be Jennifer in an Irish six-part drama mini-series “Pure Mule”.

Since then, the 36-year-old has appeared on several other Irish television shows such as Raw, Single Handed and Whistleblower.

Who is Charlene McKenna’s fiancé?

McKenna announced her engagement with her boyfriend and Ripper Street co-star Adam Rothenberg in March 2019.

The Peaky Blind actress revealed the news on her Instagram, brandishing a diamond ring along with her fiancé.

Adam and Charlene first started dating in 2013 after meeting on the set of the BBC/Amazing Prime drama, Ripper Street. 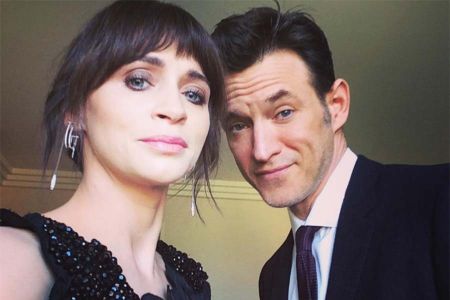 “We fell in love working together. Adam is just one of the smartest and most talented people I have ever met, and he is an amazing anchor for this acting world we are in,” McKenna told The Independent.

The couple had initially scheduled their wedding ceremony in July 2020. However, the Covid-19 pandemic caused the plan to go “belly up”, McKenna told in RTÉ Radio 1’s Ray D’Arcy Show.